Best VPN for Expats in UAE: Our Top 5 Picks 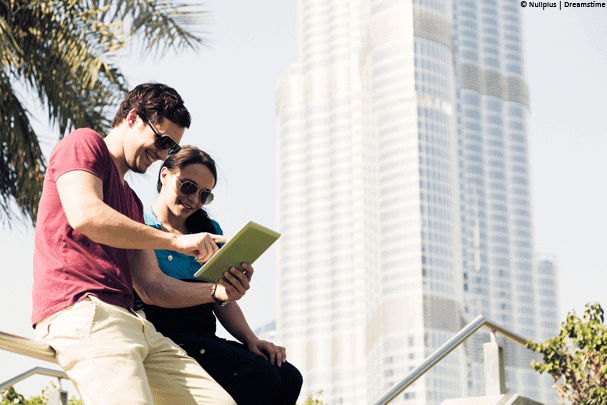 In this guide we’re rounding up a few of the Best VPN providers for use in the UAE as an expat to help you make a buying decision.

If you’re looking for a VPN as an expat in the UAE then the array of choices can be confusing but we’ve done the testing for you which should make the process a little less frustrating.

Below we look at 5 of the Best VPN providers for the region and underneath that we take a look at a few of the top reasons why you’ll want a VPN as an expat in UAE.

This guide focuses on British expats in the UAE but it’s also suitable if you’re an expat in the UAE from another country too.

Best VPN for Expats in UAE: Our Top 5 Picks

Best VPN for expats in UAE

IPVanish has scored our Editor’s Choice award two years running and it’s not without good reason.

They’re one of the fastest VPN providers we’ve tested and overall we find them the best solution for use in the UAE.

There are VPN servers in over 60 countries including 5 different locations in the UK which are great to access UK TV and other websites.

Saudi Arabia is the closest VPN location but there are also other nearby VPN servers in India, Israel, Egypt and Cyprus.

If you want to avoid UAE censorship and restrictions without too much speed loss then the Israel and Cyprus servers are ideal.

Apps are available for Android and Apple phones and tablets as well as a dedicated Amazon app for use with the Fire TV and Fire TV Stick. Software is also available for Windows and Mac systems.

There is no live help feature on their website which is one of the only features we can fault them on.

Best VPN for Expats in UAE

Many VPN servers in the region

Torrent use frowned upon

VyprVPN is one of few providers with a VPN server in Dubai, UAE so if you’re looking for a local connection point for speed purposes they’re your best bet.

We especially love the fact they have so many VPN servers in the local region including Bahrain, Qatar, Saudi Arabia and Israel.

There are VPN servers in over 70 countries in total including most of the locations you’re likely to be an expat from including the UK, USA, Canada, Australia and more.

Another one of their standout features is the fact they offer a completely free 3-day trial. All you need to do to try it is to enter your payment details. If it isn’t for you then simply cancel before the 3 days are over and you won’t be charged.

Our only dislike is P2P use will lead to any copyright notices being forwarded onto yourself and you could lose access to your account if you download copyright material – without a refund.

Overplay has VPN servers in over 50 countries. They don’t quite have the local server support than VyprVPN above does but they do have VPN servers in the region including Saudi Arabia, Turkey and India.

Our favourite feature is the free SmartDNS service that comes included as part of the package price.

If you have a slow internet connection SmartDNS will allow you to access region restricted content such as BBC iPlayer from the UK without speed loss. This reduces the chances of buffering and other issues.

The speeds on the service are excellent and along with IPVanish, they’re one of the fastest providers we’ve tested.

Overplay are a little pricey but for the added feature of a SmartDNS the price makes sense, however, if you’re on a budget you might want to try one of the other two above.

If you judge VPN providers solely on how many VPN server locations they offer then ExpressVPN would certainly be the winner.

VPN servers are available in more than 94 countries making them one of the largest providers in existence. The nearest servers to the UAE are Egypt, Israel, Pakistan and India which will let you bypass local censorship and restrictions.

They’re one of the only providers to offer a Linux client so if you’re running Linux you’ll appreciate the support. There are also apps for Android and iOS devices and software for Windows and Mac too.

Our favourite feature has to be the massive 30-day money back guarantee that gives you a whole month to test the service. If you find it’s not suitable you can simply get your money back.

ExpressVPN is a little pricey compared to others but for the added server locations it’s well worth the extra money.

Registered in the Seychelles

If you’re a techie and you’re looking for a VPN provider that offers the best encryption options then you should take a look at Proxy.sh

They’re registered in the Seychelles which makes them an off-shore company meaning they don’t have to follow the same rules as companies registered in the US or UK etc. They’ll also outside the five-eyes spying group.

We especially like the increased encryption features on the service that you won’t find at any other provider so if you’re concerned about your security you’ll appreciate the added encryption options.

Nearby servers are available in India, Israel, Pakistan and Turkey.

Top Expat Reasons for using a VPN in UAE

If you’re like most expats you’ll probably have specific reasons for wanting to use a VPN in UAE and below we look at some of the most common.

Without question the most common reason for using a VPN as an expat in UAE is to access TV services from your home country.

As a British expat you’re likely to miss programmes from the BBC, ITV and others and with a VPN you’ll have full access to these.

If you’re an expat from another country you’ll also be able to access your home TV shows too.

VOIP calling is largely banned in the UAE which makes making calls on Skype or other cheap telephone calls almost impossible.

As an expat keeping in touch with family or friends is one of the things that keep you sane.

A VPN will allow you to access VOIP services inside UAE bypassing any restrictions.

Many websites are blocked in the UAE including such things as adult content.

A VPN will allow you to tunnel out of any UAE restrictions and access blocked websites.

This means you can access all your favourite websites that you would back in your home country and because a VPN encrypts your connection no one will know what you’re accessing.