Home » Guides » Best VPN for Expats in the United States: Our Top 5 Picks

Best VPN for Expats in the United States: Our Top 5 Picks 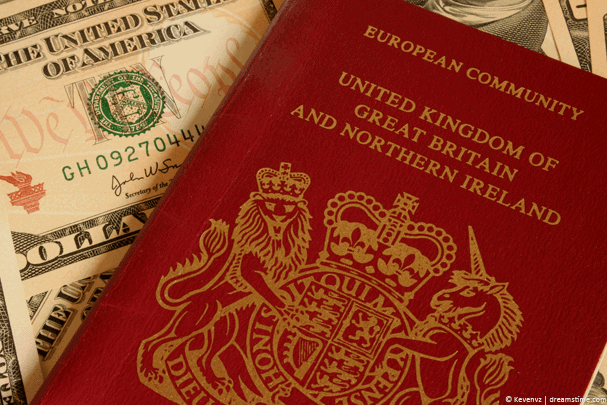 In this article we’re going to compare and contrast a selection of VPN services to find you the Best VPN for Expats in the United States.

If you’re an expat in the United States then I’m extremely jealous of course but if you’re looking for a VPN service for use in the US as an expat either to protect your privacy or access blocked websites then searching through the mass of options can be confusing.

We’ve done the hard work for you and below are our top 5 picks of VPN services for the US for expats. We’re mainly concentrating on British expats in the US, all 700,000 of you but the information is suitable if you’re an expat from elsewhere too.

First, let’s take a look at a few of the top reasons why you’ll need a VPN as an expat in the United States.

Without a doubt the number 1 reason most expats in the US want a VPN is to access TV.

If you’ve tried to access services like BBC iPlayer or Sky Go from the UK while in the US you’ll know they’re blocked.

A VPN will allow you to bypass these blocks and access all your favourite TV shows from back at home in the UK or from wherever you’re originally from.

The United States loves surveillance and if you value your online privacy then a VPN can help.

If you’re a dangerous fugitive or international terrorist then a VPN probably can’t help but if you’re an average Joe then a VPN can help protect your online habits.

Using a VPN will help you stay safe online, protect your browsing habits and also help you retain some privacy in an ever growing monitored country.

If you happen to download some copyrighted material via torrents, Kodi or anything else by mistake then in the US you’re likely to receive a copyright notice.

Gain too many of these and you could run the risk of having your internet connection cut or in the worst case scenario be taken to court. As an expat that’s the last thing you want.

A VPN protects what you do online so it’s mostly impossible for companies to find out what you’re doing or downloading.

IPVanish is the best choice when it comes to choosing a VPN for use in the United States as an expat.

They have VPN servers in over 60 countries and 5 different locations in the UK.

The UK locations will allow you to watch British TV in the US including BBC iPlayer, ITV Player, Channel 4, 5 and more. You’ll also be able to access any services you have subscriptions for such as Sky Go and BT Sport etc.

In our tests we found IPVanish to be one of the fastest VPN providers and with over 11 locations across the United States you’ll be able to download at top speeds and have your privacy protected at the same time.

A 7-day money back guarantee is available if you’re not satisfied.

Overplay has VPN servers in more than 50 countries and with 3 different UK locations they’re a great choice for watching British TV in the US.

One of our favourite features is the fact they offer a free SmartDNS service with the VPN package.

SmartDNS allows you to stream British TV or TV from other countries without any speed loss. It doesn’t give you the privacy protection of a VPN but if you have a slow internet connection then it reduces the possibility of buffering.

You also get the VPN service on top allowing you to protect your privacy both at home and if you’re out and about.

Overplay cost a little more but if you suffer from slow internet they may be more suitable for your situation.

If you’re a little unsure about VPN use then VyprVPN should be right up your street.

They’re one of few VPN providers that offer a free trial. Granted, you do need to enter your payment details but this gives you 3 full days completely free.

If you cancel before the 3 days elapse you won’t be charged anything which should give you enough time to test the service without worrying if it’s going to work or not.

There are 70 countries covered which includes the UK and 8 locations across the United States.

Sky Go, BBC iPlayer and all the other major UK TV services work fine and even some of the lesser known ones too.

ExpressVPN have the biggest range of countries available out of our selection with VPN servers in none less than 94 countries in 145 different cities.

One of our favourite features is they offer a massive 30-day money back guarantee. This gives you ample time to test the service for a range of uses to see if it fits your needs.

There are 15 different US cities covered and 5 in the UK.

All the major UK streaming services work with the service. Software is available for Windows, Mac and Linux and apps for Android and Apple so you can use it on almost any device.

You could call VPN.ac our wildcard or curve ball choice.

They’re a VPN provider that are totally committed to protecting your privacy. There are some additional encryption features available on the service that aren’t available from the others.

If you’re a techie or love the thought of better encryption modes then VPN.ac will certainly be for you.

They’re still suitable for beginners too and they’ll still work with streaming services like iPlayer and more but they offer that added level of privacy protection.

If you’re after a 12-month subscription to keep yourself secure or access entertainment while you’re an expat then you’ll also appreciate their incredibly cheap price too.