Best VPN for Expats in Singapore: Our Top 5 Choices 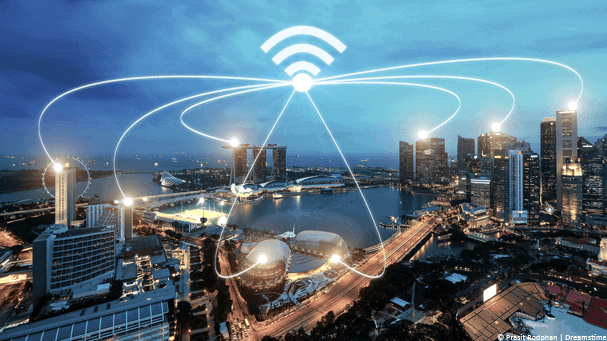 If you’re an expat in Singapore and you’re looking for a VPN service then this guide has all the information you need.

Below we’re looking at the Best VPN services for Expats in Singapore. We’ve considered the main reasons expats in Singapore need a VPN and tested a whole host of different providers to bring you this guide.

Being an expat in Singapore is great but there are many different reasons you’ll need a VPN there including the likes of accessing TV and other services from your home country and privacy protection.

Below we’ve listed 5 of the best VPN services for Singapore and rounded up some of the features that make them most suitable. At the bottom of this article we look at a few reasons why you’ll want to use a VPN as an expat in Singapore.

All you need to do is pick one and sign up, you really can’t go wrong.

Best VPN for expats in Singapore

Apps for more devices than most

IPVanish is without a doubt the number one VPN service you should consider signing up to if you’re an expat in Singapore.

Reports suggest 40% of people in Singapore are expats of some kind and while it’s almost impossible to determine where they all come from it’s safe to say a large portion come from China, India and Malaysia plus the many more from Europe and the US.

The good news is IPVanish have VPN servers in all those locations (with the exception of China, although they do have Hong Kong servers) which will let you access home TV and other services bypassing any geo-restrictions.

Apps are available for Android, iOS, Amazon, Windows and Mac allowing you to connect on any system easily.

We also found them to offer the fastest speeds and with more than 18 servers in Singapore and nearby servers in Malaysia, Vietnam and the Philippines you have plenty of scope for local and fast connections.

Best VPN for Expats in Singapore

Not many server locations

While StrongVPN doesn’t have quite as many server locations as some of the other providers it does have good local server support.

Servers are available in Singapore itself and nearby in Malaysia, Hong Kong and Sydney, Australia. There are also servers in most European countries and North America so if you want to access TV from those regions you can do.

One of our favourite features of the service is the low price. They’re one of the cheapest VPN providers so if you don’t want to spend too much they’re certainly worth a look.

Apps are available for both Android and iOS mobile devices and for Windows and Mac desktops or laptops.

StrongVPN keep zero logs which means what you do while connected remains private.

Costs more than others

If you’re looking for server locations then ExpressVPN is definitely the choice for you. Server locations are available in no less than 94 countries around the world.

If you’re an expat in Singapore from a none typical country and you want to access your home country services then ExpressVPN is likely to have the location you need.

One of our favourite features of the service is the massive 30-day money back guarantee that is available. It gives you plenty of time to test the service and if you find it’s not suitable for your needs then you can simply get your money back.

The service is a little bit more expensive than others but for the added money back peace of mind plus the extended server locations it does answer the reason for the higher price tag.

VyprVPN has VPN servers in 70 different countries around the world and the good news is, local support around Singapore is fantastic.

As well as having VPN servers in Singapore itself there are also nearby locations such as Malaysia, Indonesia, Thailand, Philippines, Maldives and Vietnam that will all allow you to get good speeds while protecting your privacy.

If you’re an expat from Europe then most countries including the UK have VPN servers and North America is also well covered allowing you to watch TV services such as BBC iPlayer or others from your home country.

One of our favourite features of the service is the completely free 3-day trial. There is a catch that you need to enter your payment details to get access to the trial but if you don’t want to keep the service then as long as you cancel before the 3 days expire then you won’t be charged anything.

The apps and software available for Android, iOS, Windows and Mac are some of the easiest and most user-friendly we’ve seen.

Proxy.sh are a great choice if you’re an advanced user. While their service is extremely easy to use they have advanced encryption options that will only be suitable if you know what you’re doing.

One of the best features of the service is the local server support. VPN servers are available in Singapore and in nearby Thailand, Vietnam, Hong Kong, Macau and Taiwan.

Encryption options include the ability to access Tor, ECC and Xor modes. They also have multi-hop technology that passes your data through two different server locations encrypting it twice.

A warrant canary is available informing you if any servers have been affected by government interference or law enforcement requirements. This was tested last year when the warrant canary alerted users to interference with one of their French servers.

Proxy.sh is suitable for beginners but you’ll really get more out of the service if you’re an expert and appreciate the advanced options. 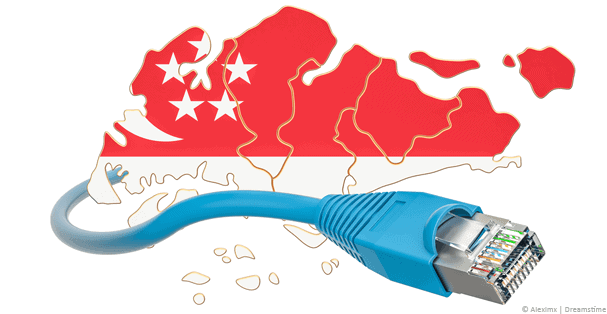 Top Expat Reasons for using a VPN in Singapore

Every internet user should be making use of a VPN service these days but being an expat brings in ever more reasons.

Below we’re looking at the top 3 reasons you need a VPN service as an expat in Singapore.

Without a doubt the number 1 request for expats in Singapore is to be able to access home TV services and other content.

A VPN service will allow you to watch online TV from your home country, for example for British expats in Singapore you’ll be able to access the likes of BBC iPlayer and any services you have a subscription for such as Sky Go.

As well as TV services you’ll also be able to access other blocked services such as gambling sites, lottery and anything else that is restricted to use within your home country.

Public Wi-Fi is easy to find in Singapore but the risk of exposing your personal data just like anywhere else in the world is high.

A VPN allows you to protect all of your data so anything passing over the Wi-Fi connection is unreadable to anyone else.

Protect yourself from government intrusion and access blocked websites

Wi-Fi and internet is good in Singapore but it’s a little tightly controlled by the government and like many countries, it’s always good to protect your privacy while browsing.

A VPN will allow you to protect your privacy and access any websites that are blocked in Singapore.

A VPN will allow you to access all of these privately although you should consider you may be breaking local laws by accessing them.

All you need to do now is choose any of the five providers above, sign up and enjoy restriction free internet access in Singapore.