Best VPN for Expats in Portugal: Our Top 5 Picks 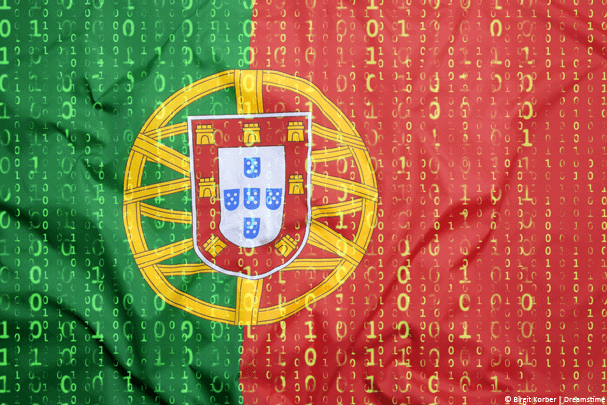 Being an expat in Portugal definitely requires a VPN and if you’ve been looking for one then we know how hard that can be.

In this article we’re taking a look at the Best VPN for expats in Portugal to help you make a decision.

With thousands upon thousands of VPN services out there it can be difficult to work out which are good and which are bad before you’ve parted with your cash.

Before we take a look at the Best VPN for expats in Portugal, let’s first consider a few of the top reasons why you’ll need a VPN in the first place.

Without a doubt the number 1 reason most expats want a VPN service in Portugal is to access TV services from home.

If you’re a British expat then you probably miss services like BBC iPlayer, Sky Go, ITV and more and if you’re from another country you’ll equally miss your home TV.

As well as TV you’ll find other services like the lotto, news and more sites blocked while in Portugal, a VPN can bypass those blocks.

Portugal has sun and lots of it and with the sun comes plenty of time out and about.

When you’re in a cafe, bar or any other public location you’ve probably connected to the free Wi-Fi. However, free Wi-Fi is not secure and your personal details are at risk.

Using a VPN encrypts all of your data when using public Wi-Fi which means no one else can see what you’re doing keeping you safe and secure.

What you do online in Portugal is your own business but it’s possible the Portuguese government, your ISP or even nasty hackers could spy on what you’re doing online.

A VPN protects your privacy giving you greater security online and protecting your sensitive information.

Best VPN for Expats in Portugal: Our Top 5 Picks

Best VPN for expats in Portugal

Without a doubt your starting point for a VPN service in Portugal should be IPVanish.

They won both our 2016 and 2017 Editor’s Choice awards and with very good reason. They’re one of the fastest VPN providers we’ve tested and reliability is second to none.

Local servers are available in Lisbon, Portugal which will give ideal speeds when protecting your privacy. There are also nearby servers in Spain and France and if you want to hop outside EU regulation servers in Switzerland too.

Software is available for Windows, Mac, Android and Apple devices and they even have an Amazon App suitable for the Fire TV, Fire TV Stick and Kodi.

Best VPN for Expats in Portugal

More expensive than most

ExpressVPN offers the largest selection of VPN server locations which is our favourite feature of the service.

VPN servers are available in no less than 94 countries in more than 145 different locations. No matter where you’re originally from you should be able to access TV and other services from your home country.

If you want to test the service then the massive 30-day money back guarantee will give you peace of mind.

We did find them a little expensive especially when taking just a monthly account but with 30 days to test the service it gives you plenty of time to see if it’s worth the money.

Apps are available for Android, Apple, Windows and Mac and there is even a Linux client if you’re a bit of a computer boffin.

If you live in rural Portugal then getting good internet speeds can be almost impossible.

If you’ve tried to stream TV from your home country before and found your internet service too slow with a VPN then Overplay might just be the answer.

The VPN service comes with an included SmartDNS service that is useful for TV streaming. It doesn’t encrypt your data so there is no speed loss and with no speed loss it means you have the best chance of streaming TV from abroad without buffering.

The VPN service itself is actually rather good too and the speeds are some of the best we’ve seen, comparable with IPVanish.

Apps are available for both Apple and Android devices and there is also software for traditional laptops and desktops running Windows or Mac OS.

Best VPN for a free test

Torrent use not allowed

If you’re new to VPN use then VyprVPN is worth a look.

Their apps are some of the most user-friendly we’ve seen and within just a few clicks you can be connected with no hassle.

One reason we love VyprVPN is their free 3-day trial. You can test the entire service with no restrictions without paying a penny.

There is a catch and you will need to enter payment details to take the trial but as long as you cancel before the 3-days expire you won’t be charged anything.

With over 70 countries available to connect to though you may just end up keeping the service. Servers are available in Portugal and in nearby locations such as Spain, France and even Algeria.

Speeds on the service are generally good and for a first time user the service is simple to use.

NordVPN round up our selection of VPN providers as an expat in Portugal.

The best feature about the service is that they’re registered Panama. This makes them good for privacy protection because they’re not bound by laws of the US and EU.

They also have dedicated VPN servers for different purposes such as Tor and also Double Hop which passes your data through two servers giving it double the protection.

There’s a huge 30-day money back guarantee so they’re pretty much risk-free if you want to test them.