Best VPN for Expats in Pakistan: Our Top 5 Choices 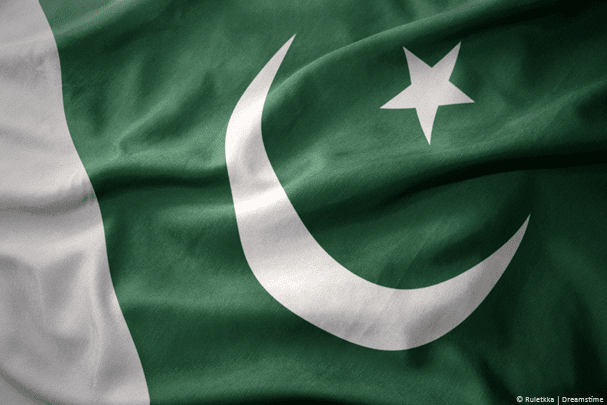 In this guide we’re going to show you the Best VPN for use as an expat in Pakistan.

We’ll be showing you our number 1 choice but also rounding up the top 5 providers which gives you plenty of options.

There are nearly 80,000 British expats in Pakistan and if you’re one of them then you’re probably looking for a VPN service that will allow you to protect your privacy and bypass local restrictions.

Pakistan internet isn’t quite as free as in the UK and there are many websites blocked that you would normally be able to access back in the UK.

Below we’ve rounded up our top 5 providers that will let you access a free and open internet in Pakistan, protect you from snooping and allow you to access geo-restricted content such as BBC iPlayer from the UK and more.

At the bottom of the article we also discover a few of the top reasons why you’ll want to use a VPN as an expat in Pakistan.

Best VPN for Expats in Pakistan

Best VPN for expats in Pakitstan

If you’re looking for a VPN service to use in Pakistan then IPVanish is without a doubt our number 1 choice.

In the past two years they’ve been awarded our Editor’s Choice award which is mostly down to speeds and quality of service. As quality of internet can vary greatly across Pakistan it’s important that you get top speed from your VPN service.

Like most services, IPVanish doesn’t have servers in Pakistan but they do in surrounding areas such as India and Dubai. Further afield they also have servers in Cyprus and Israel that will allow you to access almost all sites that are blocked in Pakistan.

Best VPN for Expats in Pakistan

ExpressVPN has one of the biggest VPN networks in the world with over 94 countries covered made up of both physical VPN servers and virtual locations.

The service does offer a virtual location in Pakistan that will allow you to access services as if you’re in Pakistan but the actual physical VPN server is in Singapore.

Software is available for Windows, Mac and Linux and apps for Android and iOS. One of our favourite features of the service is the huge 30-day money back guarantee that lets you test the service risk free.

VyprVPN makes another good choice for use in Pakistan and if you don’t want to part with cash before trying then they’re the answer to your question.

A completely free 3-day trial is possible which allows you to test the service before paying. You do have to enter your payment details but as long as you cancel before the 3-day trial expires you won’t be charged anything.

Servers are available in Pakistan itself which are great for protecting your privacy. If you want to tunnel out of Pakistan internet restrictions then nearby servers in India, Maldives and many of the middle eastern countries are available.

There are over 70 countries covered in total including the UK so if you want to access services from there then it’s possible. There’s also a special VPN mode called Chameleon so if Pakistan happens to try and block VPN services in the future, then you’re covered.

Can be more expensive

Proxy.sh is another provider that offers servers in Pakistan but there is also a good selection of servers in surrounding countries.

Our favourite feature of the service is their advanced encryption which includes options such as OpenVPN ECC and Xor which aren’t available from most other providers.

They’re also registered off-shore in the Seychelles so if spying by government organisations such as the US and UK is a concern for you then you will appreciate their choice of location.

Apps are available for all major devices including Android and iOS and there is also software for Windows and Mac systems.

Proxy.sh is more suited to advanced and intermediate users and while it’s definitely possible to use as a beginner the advanced options will suit you if you know a little bit more about what you’re doing.

NordVPN round up our selection of Best VPN for expats in Pakistan and even though they’re last in the list they’re by no means least.

VPN servers are available in over 60 countries and although there are no Pakistan servers there are servers in nearby India. If you need to go further afield to avoid restrictions then Thailand, Georgia, Israel and Cyprus are available that will let you access most of the services blocked in Pakistan.

There are also servers in most entertainment countries such as the US and UK which will allow you to unblock and stream content from there.

We especially like the fact NordVPN have “Double VPN” servers that basically pass your data through two servers instead of one. This means your data is going through two jurisdictions and so adds an extra layer of safety.

Top reasons to use a VPN in Pakistan

If you haven’t already left for Pakistan then you may be wondering why you as a potential expat will want a VPN, below we’ve rounded up a few of the top reasons and if you’re in Pakistan already then you may also appreciate being aware of these.

Pakistan up until a few years ago had relatively free and open internet access. This changed in or around 2012 when Youtube became blocked due to political issues.

Since then censorship has been applied to a varying degree with the government touting for business to introduce a nationwide filtering service.

A VPN will allow you to bypass any blocks in Pakistan and access any websites that are currently blocked there.

All internet accessing coming in and out of Pakistan is monitored, this includes emails and other data for certain keywords. It’s also possible that your ISP in Pakistan will monitor your access live and retain data for 90 days.

If you’ve previously lived in the UK, US or anywhere else in the world you’re likely to want to access TV and other content from there.

A VPN allows you to bypass restrictions on services such as BBC iPlayer that stop you from watching outside the intended country. This means you’ll be able to stream all your favourite content from anywhere in the world right to you in Pakistan.

Don’t forget, all you need for this and more is a VPN. Simply select one from the 5 above and sign-up. They’re all suitable for use in Pakistan so you really can’t go wrong no matter which you end up choosing.