Best VPN for Expats in Ireland: Our Top 5 Picks 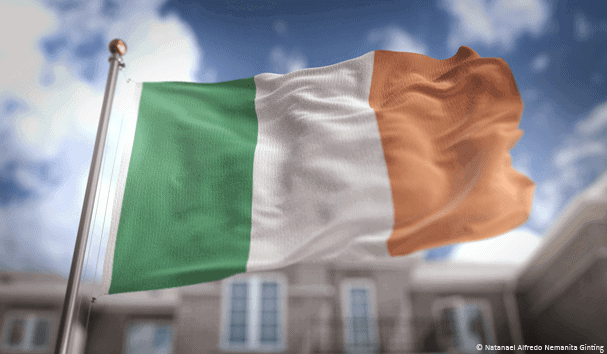 There are many reasons you’ll want to use a VPN as an expat in Ireland but most likely it’ll fall down to two main reasons.

Firstly you’ll want to access TV services from your home country such as BBC iPlayer or Sky Go from the UK.

Secondly, you’ll want to protect your privacy both from nefarious hackers and government snoopers.

We’ve tested more VPN providers than we care to remember and below are the Best 5 for use in Ireland as an expat.

Just select one and sign-up, you really can’t go wrong.

Best VPN for Expats in Ireland: Our Top 5 Picks

Best VPN for expats in Ireland

Super easy to use

IPVanish is our number 1 VPN provider for expats in Ireland and if you’re struggling to decide then we recommend you start here.

VPN servers are available in Dublin which will give you the best possible speeds for privacy protection.

If you’re looking to hop across the sea to access UK services like BBC iPlayer and Sky Go then nearby servers in Liverpool and Manchester will serve you well. If they aren’t enough then access points in London, Glasgow and Nottingham are also available.

P2P and torrent use is acceptable on the service so you can download privately without fear of anyone knowing what you’re downloading.

Apps are available for mobile devices such as Android and Apple phones and tablets and desktop and laptop computers running Windows or Mac OS. There’s even an app for the Amazon Fire TV and Fire TV Stick which is suitable for Kodi too.

Best VPN for Expats in Ireland

If you’re after streaming content from your home country then Overplay is worth a look.

Their VPN service that will protect your privacy comes with a completely free SmartDNS service. Granted they do cost a little more than IPVanish but SmartDNS will let you stream geo-restricted TV content from around the world without speed loss.

Recently released mobile apps for both Android and Apple devices make connecting to protect your privacy incredibly simple and if you’re a desktop user you’re covered too.

VPN servers are available in Dublin with nearby servers in the UK in Manchester, London and Glasgow.

With VPN servers in more than 50 countries in 70 different locations, they make a great choice for use as an expat in Ireland.

Torrent use not allowed

Most VPN services don’t offer free trials but our favourite feature of VyprVPN is they offer a completely free 3-day trial.

Ok, there is a catch, you have to enter your payment details so if you don’t want to keep the service you need to cancel before the 3-days expire to avoid getting charged.

However, the trial is completely free and there are no restrictions.

VyprVPN offer VPN servers in 70 different countries around the world including Dublin, Ireland. The UK and other nearby countries are also covered allowing you to access blocked content and TV services from “back home”.

We found their apps and software really easy to use so if you’re a beginner you won’t have any trouble.

If VPN server locations are what you’re after then ExpressVPN is definitely for you.

They offer more VPN server locations than any other provider listed in this guide and more than most other VPN services out there. With 94 countries covered you’ll find it hard to find somewhere that you can’t connect to.

They offer VPN servers in Ireland and 5 locations across the UK including Berkshire, Chessington, Kent, London and Maidenhead.

Software and apps are available for all major devices and there’s even a client for Linux devices so if you’re a techie then you’re well covered.

Our favourite feature is without a doubt the massive 30-day money back guarantee that you won’t find many other places. It lets you test the service risk free for up to a month.

NordVPN has got big in recent years and with thousands of positive reviews it’s not hard to see why.

There is a good selection of VPN server locations including Ireland plus 59 other countries.

We especially like the additional server features they offer such as Double Hop which passes your data through two locations. Onion over VPN that allows you to access Tor via their VPN server, Anti DDoS servers and Dedicated IP Servers.

P2P and Torrent use is allowed on the network which means they’re great for use with services like Kodi and they store no logs so you can be safe in the knowledge your actions will remain private.

There is also a 30-day money back guarantee that gives you plenty of time to test the service to see if it’s to your liking.