Best VPN for Expats in India: Our Top 5 Choices 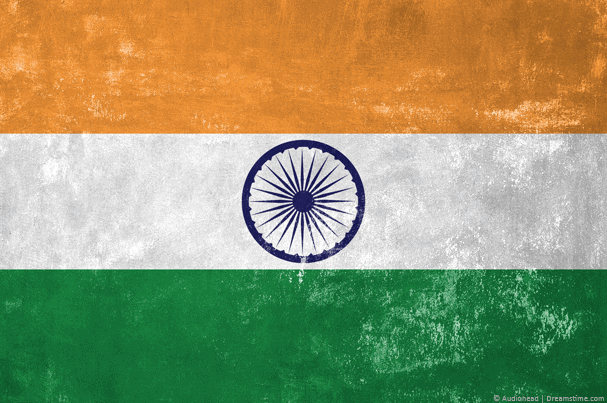 In this guide we're taking a look at the Best VPN for Expats in India to help you make a buying decision.

India is a land of mystery for many but for the 32,000 British expats and expats from many other countries around the world it's a place they call home.

Unfortunately, India has one of the most restrictive internet regimes in the world and so many websites you may want to access are blocked. A VPN is the solution to this.

But which VPN do you choose? In this guide we'll answer that question.

There are also many other benefits to using a VPN as an expat but we'll explore them more at the bottom of this article.

Firstly, let's take a look at our top 5 choices for a VPN service as an expat. We've focused this article mainly on British expats but it's suitable no matter which country you're from.

Best VPN for Expats in India: Our Top 5 Choices

Best VPN for expats in India

Apps for most devices

IPVanish is the number one choice when it comes to choosing a VPN as an expat in India.

Local access allows you to get the best possible speeds when protecting your online privacy which is critical especially if you're in a rural location or have a poor internet connection.

As an expat you're likely to want to access services from your home country such as TV. With VPN servers in 60 countries, there is plenty of scope to access them. If you're a British expat you'll be able to access BBC iPlayer, Sky Go and a host of other services.

Servers are available nearby in locations like Saudi Arabia, Kyrgyzstan, Vietnam and more that will allow you to bypass local internet restrictions.

Best VPN for Expats in India

If you love TV from your home country then Overplay makes one of the best choices for a VPN service as an expat in India.

The reason we loved them so much is because their VPN service comes bundled with a free SmartDNS add-on that allows you to stream TV services without speed loss.

India in places doesn't have the best internet access and if you're a long way from home it can be difficult to stream video effectively without buffering. A SmartDNS reduces the speed loss and gives you the best chance at streaming without interruptions.

They also have good local coverage with VPN servers in 4 locations across India including Bangalore, Hyderabad, Mumbai and Pune.

Speeds are on par with that of IPVanish but the service is a little bit more expensive.

If you're an expat from a country that isn't typical then you'll often find most VPN providers don't support your home country which means you won't be able to access home services.

ExpressVPN offers the widest range of VPN services around with servers in more than 94 countries. This allows you to access home TV and other services from most countries around the globe.

One of our favourite features of the service is the massive 30-day money back guarantee that is available which gives you plenty of time to test the service to see if it's suitable for your needs.

There are apps for all major devices and as a bonus, there is even a client for Ubuntu which should keep you happy if you're a Linux fan.

If you're a little unsure about VPN services or which to choose and you don't want to hand over any money just yet then VyprVPN may be the choice for you.

VyprVPN allows you to get a completely free 3-day trial that will let you test the full service before paying. The catch is you do need to enter your payment details but if you didn't want to keep the service you can simply cancel before the 3 days expire and you won't be charged a thing.

We were especially impressed by the apps and software available because they're some of the most user-friendly we've seen and if you're new to VPN use then you'll have no trouble getting connected.

Nearby server support is plenty in countries such as Pakistan, Maldives, Thailand, UAE and a whole lot more. There are servers in 70 different countries including the UK, USA, Canada, Australia and many other places you want to access content from.

If you're a bit more of an expert then Proxy.sh is where you want to look. While their apps and software are certainly user-friendly they have more encryption options available that will be suitable if you have more knowledge of what you're doing.

Servers are available in India along with 56 other countries around the world. This gives you access to good local speeds while protecting your privacy but as an expat it means you can also access services from your home country.

Additional features are available such as a range of encryption options, a VPN kill switch and more.

If you're new to VPN use then the additional features will probably be overkill but if you're well versed on online security then you'll certainly appreciate the advanced encryption and privacy options – we know we did!

Top Expat Reasons for using a VPN in India

India is fast becoming one of the most restrictive countries when it comes to internet use.

A VPN is now essential to access a free and open internet in India and as an expat there are even more reasons to use a VPN.

Below we look at a few of the top reasons to use a VPN service as an expat in India.

Without a doubt, one of the biggest requests of expats abroad is accessing home TV services.

With thousands of websites blocked in India, you may find it difficult to access the information or resources you need.

A VPN will allow you to avoid such censorship by tunnelling out of the country and accessing the internet via a different location.

If you make use of public Wi-Fi in India such as in hotels, cafes or anywhere else then your privacy is at risk.

All you need to do now is choose one of the providers above and sign-up. It really doesn't matter which you end up choosing because they're all suitable as an expat in India. You can't go wrong!