Best VPN for Expats in Germany: Our Top 5 Picks 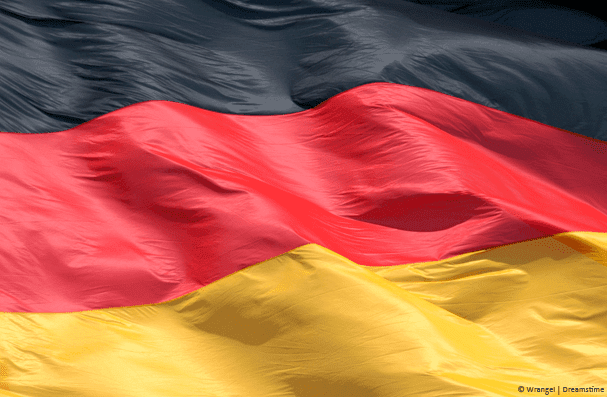 If you’re an expat in Germany and you’re looking for a VPN service we’ve done the hard work for you.

Firstly we’ll take a look at the Top 5 VPN services and below that we’ll round up the main reasons why you’ll likely want a VPN as an expat in Germany.

We’ve tailored this article mainly towards British expats in Germany but it’s also valid no matter where in the world you come from.

Best VPN for Expats in Germany: Our Top 5 Picks

Best VPN for expats in Germany

Our main reason for choosing them is speed and server choice. Speeds achievable when using the service are almost unbeatable and they’re one of the fastest providers we’ve tested.

They also have a good selection of servers in over 60 countries and in 2 different locations in Germany. These are located in Frankfurt and Dresden.

Every nearby country also has VPN servers and if you want to jump outside the EU then Switzerland and Iceland make two attractive VPN server destinations.

If you want to access TV services or other websites from back home then they also make a good choice. We tested services like BBC iPlayer and Bet365 and had no issues streaming in top quality or accessing our gambling account from Germany.

Apps are available for Android and iOS devices as well as a dedicated Amazon app which is great for the Fire TV and Fire TV Stick. They also have software for Windows and Mac systems too.

Best VPN for Expats in Germany

ExpressVPN makes another good choice as an expat in Germany and the main reason is they have you covered no matter where you’re from.

There are VPN servers and virtual locations in more than 94 different countries allowing you to access websites from home, TV services and any other home content.

One feature we love is the huge 30-day money back guarantee. If you’re a little unsure about the suitability of the service for your needs then you can test it risk free for nearly a month, if you’re not happy you can simply get all your money back.

Android and iOS are covered with apps and Windows and Mac with software. There is also a Linux client so if you’re a bit of a techie you’re catered for too.

Cyberghost VPN is a well known VPN provider and if you want to stick with a German made company then Cyberghost tick that box.

One of our favourite features is they’re incredibly cheap when taking a yearly package. You can pick up their service for just US$4.99 (approx £3.84) which is one of the cheapest prices around.

Cyberghost’s German creator is something of a privacy champion and you can regularly see him attending events and promoting online privacy which is great news because it shows the ethics of the owners.

Apps are available for Android and Apple devices and software for Windows and Mac. It’s actually some of the easiest to use software and apps we’ve seen so if you’re a beginner you’ll appreciate the simple layout.

A 30-day money back guarantee is also available so you have plenty of time to test to see if it’s suitable for your needs.

Not good for torrent use

If you’re looking for a VPN service as an expat in Germany but don’t really want to hand over any cash until you know if it’s useful for you then VyprVPN is where you should look.

Our favourite feature is their completely free 3-day trial. In fact we don’t know of another provider who offers such a deal.

VyprVPN offers an extensive VPN network in more than 70 countries with Germany covered and plenty nearby too. Their service is ideal to watch TV and access other restricted content from your home country.

They also offer a unique privacy mode called Chameleon so if protecting your privacy is your main concern it’s worth taking a look at that.

StrongVPN round up our selection of VPN services for expats in Germany. They’re one of the oldest VPN providers on the market and with positive reviews across the internet it isn’t without reason.

The service has fewer server locations than some of the other providers but Germany is well covered as is the rest of Europe and all the major locations worldwide. If you’re from a less common country then you may need to check if they have servers in your home country should you want to unblock services from there.

There’s a 5-day money back guarantee which gives you plenty of time to test the service to see if it’s suitable for your needs.

We also found the software and apps which are available for all major devices to be easy to use and quick to connect.

Top Expat Reasons for using a VPN in Germany

If you’re an expat then you probably have more specific reasons for wanting a VPN over just the basic need of protecting your privacy.

Below we look at three of the top reasons you’ll want a VPN service in Germany.

Living, working or travelling in Germany is great but no doubt you crave TV or other services from your home country.

If you’ve already tried to access them then you’ll know you’re blocked but with a VPN you can unblock them and access them in Germany.

Germany belongs to a group known as 14-eyes or SIGINT Seniors Europe. This is a group of allied countries that share snooping abilities and other privacy invasive matters.

A VPN allows you to protect yourself as much as possible from snooping by the German government or the many western governments who like to spy on users.

While a VPN is certainly not fool-proof it will protect you against the lowest levels of government snooping.