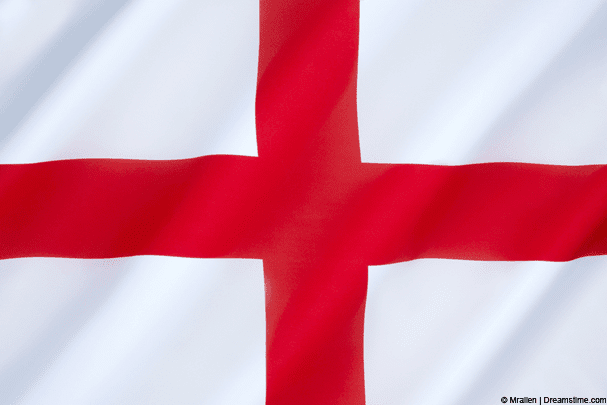 With so much choice finding the Best VPN for England is increasingly difficult.

In this guide I’m going to look at five of the best options and compare their positives and negatives to aid you in your purchasing decision.

There are plenty of VPN providers to choose from these days and it’s easy to think they’re all the same but they’re not. Although many cost the same price some offer more than others and there are even providers that cost less but provide a better service. Some providers are even over half as fast as the alternatives so it’s worth shopping around.

Unfortunately, you don’t often know which provider is best for a specific purpose or how fast they’re going to be until you’ve signed up and handed over your money. Swapping between different providers to find the best can not only be time-consuming but also expensive in the long run.

Fortunately I’ve done the testing for you to find out which is the Best VPN for England, so without further ado, let’s find out which provider is up to the task.

If you’re after the best VPN for England then IPVanish is definitely the provider for the job.

For England specific servers IPVanish have one of the largest ranges and have local servers in London, Manchester, Liverpool, and Nottingham with servers further afield in the UK in both Glasgow and Belfast. For speed reasons, this is ideal.

If you want to protect your internet connection at home or when using public Wi-Fi then this range of localised servers will be ideal and give the best speed if you live or are travelling in England.

If you’re worried about the increased surveillance and snooping in the UK then you’ll want to tunnel out and access via another country. IPVanish has over 60 different countries to connect to with the majority of European countries covered. If you want extra privacy then you can connect outside the EU to countries such as Iceland or Switzerland which are both available on the service.

IPVanish is one of the fastest VPN providers I’ve used and in my monthly speed tests they regularly come out on top of a selection of other top providers. They also work with all the popular UK streaming services such as BBC iPlayer, Sky Go, BT Sport, ITV and more.

All major devices are supported with software and apps including Windows, Mac, Android and iOS. With a 7-day money back guarantee and just $6.49 per month (£4.43) if taking a yearly package you really can’t go wrong.

ExpressVPN makes my second choice as the best VPN for England so if IPVanish doesn’t tick all your boxes then it would be worthwhile looking at ExpressVPN.

With servers in London, Berkshire, Chessington, Kent and Maidenhead there is certainly a good choice of English based servers which is great for speed. Alongside the English offerings, there are plenty of other locations in Europe and around the world to connect to with a total of over 78 countries covered.

One of the best features of the ExpressVPN service is that they offer a 30-day money back guarantee which gives you enough time to discover if the service is suitable for your needs.

They’re not quite as fast as IPVanish but they still offer decent speeds that will be suitable for everyday web browsing as well as streaming video and more.

You’re allowed to use the service on one desktop device and one mobile device meaning you can secure and protect both your home connection and either your mobile phone or tablet when out and about.

Unfortunately they’re a little more expensive than the competition and cost $8.32 per month which is approximately £5.68. If you don’t mind stumping up the extra cash then click the link below to check out their site and sign-up.

Overplay are another good provider if you’re living or travelling in England. They have a selection of 4 servers across the country but unfortunately they don’t specify their exact location. It’s not that important though with England being a small and well connected country there are no large distances to consider.

Software for both Windows and Mac is available but if you have a mobile device such as an Android or iOS then you’ll need to set-up manually so it’s not exactly ideal. If you know what you’re doing and prefer manual set-up or you don’t plan to use a VPN on a mobile device then it’s fine but if you do then you may want to consider either IPVanish or ExpressVPN first.

A 5-day money back guarantee is available and while this might not match the previous two providers it will be enough to test the service and see if it’s suitable for your needs.

Overplay are a little pricey compared to the earlier competition and what they offer but if you find a feature of Overplay appealing then they’re a decent all round service.

LiquidVPN is a great little VPN provider that you might not of otherwise of heard of.

For use in England they make a good choice with 2 servers in England both in Manchester.

Overall LiquidVPN has fewer servers than all the other providers listed in this article covering just 9 countries but where they excel is in the speed of their English based servers. Without a doubt they offer some of the fastest and most robust servers I’ve ever seen.

Along with IPVanish in my monthly speed tests they often feature either top or second place for overall fastest speed on their English servers. You should be able to nearly max out the speed of most UK home connections.

LiquidVPN has software and apps for Windows, Mac and Android to help you get connected and secure with ease. If you’re an iPhone or iPad user then they won’t be suitable unless you’re prepared to manually set the VPN up.

Fewer countries are available to connect to but for privacy LiquidVPN has servers in both the Netherlands or outside the EU in Switzerland.

LiquidVPN is the cheapest provider from the available list so if the lack of servers doesn’t bother you too much then you can pick yourself up a bargain.

VPN.ac like LiquidVPN are a smaller VPN provider that you might be unaware of but for use in England they’re certainly a good choice.

They have 3 UK based servers in London, Coventry and Portsmouth and in our monthly speed tests like IPVanish and LiquidVPN, they’re one of the fastest providers we’ve tested. If you’re after streaming content online or downloading via torrents or from other sources then they certainly make an ideal solution.

They offer 17 different countries including some of the more privacy conscious such as Switzerland and others located around Europe and further afield in the world. VPN.ac also offer a SecureProxy system in 24 different locations that allow you to protect your web browsing directly without the need for the VPN and comes as part of the service.

VPN.ac offer some of the highest level encryption in the VPN industry and only store connection logs for 24 hours to help them deal with server issues. This minimal logging is stored at an undisclosed third party location only accessible by a few members of their team.

If you’re after an extremely reliable service with great speeds then VPN.ac make a good choice as a VPN solution for England.

Although they don’t offer as many countries as some of the early listed providers they are one of the cheapest at only $4.83 (approx £3.41) per month when taking an annual package.

Visit VPN.ac »
Back to Top

There is a lot of choices when it comes to searching for the Best VPN for England and the good news is that many providers offer a great service.

Without question my top best VPN for England is IPVanish due to the service they offer and the speeds achievable for both those that live in England and those that want to access English based services.

They offer some of the fastest speeds in the industry and for the price they also offer one of the biggest ranges of servers.

Although there are other cheaper decent alternatives they tend to offer less for the price.

If you want to recap on the available choices see the table again below.