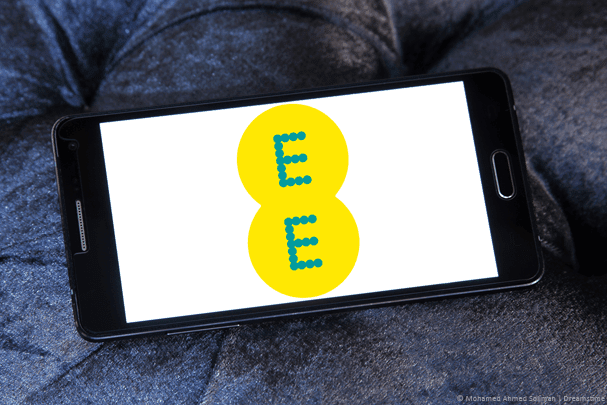 In this guide we're going to show you the Best VPN for EE internet.

If you've got EE internet (formally Orange) such as broadband then you'll know it can be extremely confusing knowing which VPN provider to sign up to.

A VPN is essential in the UK these days to protect your privacy and also allow you to access content that is blocked, such as by geo-restrictions.

We've been testing a large range of VPN providers to see which worked best with EE and below are our Top 5 choices.

All you need to do now is pick one and sign-up. It really doesn't matter which you end up selecting as they're all suitable for use with EE.

Apps for every device

IPVanish is without question our top choice when it comes to VPN services for use with EE.

Through our regular testing, we found them to offer the fastest speeds which means not only can you browse without interruption but you'll also be able to stream media and carry out other high intensity tasks without buffering.

Apps are available for all major devices including Android and iOS and software for Windows and Mac. There is even an app for Amazon devices such as the Fire TV and Fire TV Stick. This is great if you use Kodi on these devices.

There's a 7-day money back guarantee that lets you test the service risk free so if you're unhappy you can easily get a refund. With servers in 60 different countries there are plenty of connection points around the world.

Best VPN for money back

ExpressVPN makes another good choice for use with EE.

Our favourite feature of their service is the huge range of server locations they have available to connect to. Currently there are VPN servers or connection points in 94 countries.

There is also a huge 30-day money back guarantee so there is little risk you won't enjoy the service because if you don't you've got a whole month to get your money back.

The service does come in at a pound or two more per month than comparable services but if you need the extra locations and peace of mind of a longer money back guarantee then they're well worth considering.

Choosing a VPN provider can be difficult especially if you want to sign up for 12-months to save money because after all, you don't want to be stuck with a poor service.

The best feature about VyprVPN is they let you test the service completely free for 3-days without paying anything. You need to enter your payment details but if you wanted to cancel as long as you do so before the 3-days finish you won't be charged anything.

If you're new to VPN services then you'll also find VyprVPN offer some of the most user-friendly apps. They're designed in such a way that it's easy to get connected and protected quickly and they look great too.

The service also comes with a special VPN protocol called Chameleon, while it's not essential for using with EE internet connections it's a good addition should you want to take the VPN service mobile and break through restrictive internet firewalls.

VPN.ac is a bit of a wildcard VPN provider and won't be suitable for everyone.

If you're big on encryption and you care deeply about the type of encryption used then VPN.ac is for you. While they're still user-friendly they're better suited to tech experts.

There are plenty of different encryption options available that aren't available from other providers. One feature we like about the service is they offer double-hop VPN servers that pass your data through not just one server but two.

The only negative of VPN.ac is they do have less VPN server locations, in just 21 countries. However, you should consider if you really need access to masses of server locations because the locations VPN.ac do cover are likely to be suitable for most needs.

The service is also one of the fastest we've tested even when using their double-hop servers.

NordVPN is a huge VPN provider recommended all over the internet. In our own review we found them to be highly competitive with what else is available and overall offer a robust and reliable service.

Like VPN.ac above they also offer access to double-hop servers which gives two layers of privacy increasing your overall security when using them, however, we did find them ever so slightly slower than those on offer from VPN.ac.

One of our favourite features of the service is the massive range of payment options available. If you want to pay securely or using some of the more obscure payment methods then NordVPN is worth a look at first.

While they weren't the fastest provider we tested with EE they do offer good and reliable speeds across their network of VPN servers which will be suitable for nearly all purposes.

How to choose the Best VPN for EE

The five providers listed above are our top recommendations for using with EE internet connections.

Below we've rounded up 3 top criteria for selecting a VPN for use with EE. We used these criteria and others to aid us in selecting our Top 5 providers above.

The UK is quickly becoming one of the most surveilled online countries in the world and with laws such as the Investigatory Powers Act giving law enforcement more access to your information than ever before it's essential to retain your privacy where possible.

A VPN can help you do that so it's important to keep connected to a VPN service at all times to protect your online privacy.

Content such as movies and TV programmes are often ring-fenced to access from specific countries. This means if you want to watch certain content from abroad you're blocked.

A VPN allows you to hop over the geo-barrier and watch TV content and access other blocked websites from abroad.

There is a huge range of websites blocked when using EE, this can be country wide blocks or even something as simple as incorrectly blocked websites due to adult filters.

A VPN allows you to avoid all such blocks and access an open and restriction free internet, just the way it was intended when it was created.