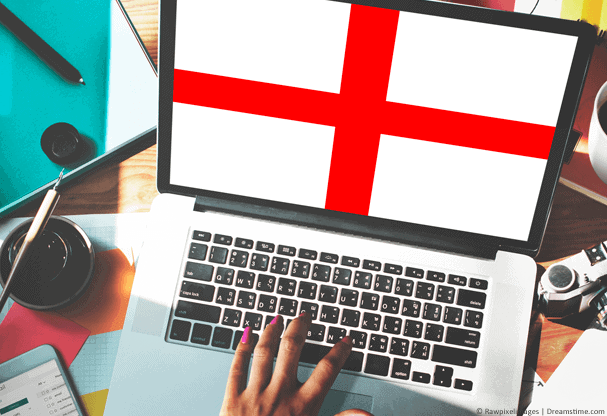 In this article we’re taking a look at the Best VPN services for England.

England is a great country that goes without saying, although I may just be ever so slightly bias being English.

However, VPN use is now critical in England because of continued invasive government surveillance, threats from hackers and other unscrupulous types and to access TV, movie and other media content that is restricted.

Needing a VPN and finding a good VPN for England are two different things. Our favourite for use in England is currently IPVanish. Although there are hundreds of VPN providers many just aren’t good and others aren’t suitable for England.

We tested over 30 VPN providers to bring you this Top 5 list of Best VPN services for England. All that’s left for you to do is choose one.

All round best overall VPN for England

Easy to set-up and use
Dedicated app for Fire TV

IPVanish is without a doubt our number 1 VPN service when it comes to using in England. They currently have 4 VPN server locations in England in London, Manchester, Liverpool and Nottingham. They also have a further server in Scotland.

Many VPN services restrict servers to London only so if you have needs to use more localised England VPN servers then IPVanish is certainly the best for this purpose.

There is a huge range of apps for all major devices including all popular mobile and tablet devices and desktop and laptop computers. Additionally, there’s an Amazon app which is great for the Fire TV and Fire TV Stick. If you’ve got Kodi installed on either then you’ll benefit from the privacy provisions this offers.

There’s a 7-day money back guarantee on the service which is plenty of time to test it out and see if it’s suitable for your needs. If you find the service isn’t for you then you can easily get a refund and try another provider.

Get 25% off today using the link below

Get IPVanish for England

Extremely easy to use
Registered in Panama

NordVPN is another one of our favourite VPN services for use in England. We really liked the ease of use of their service, if you’re a beginner then you’ll get to grips with the service within minutes.

We also really loved the fact the apps look the same across multiple devices so moving from desktop to laptop is seamless. You can also use one account on up to 6 devices at the same time which is greater than most.

NordVPN is registered in Panama which puts them outside requirements of both England and the UK as a whole. If privacy protection is your main concern then this off-shore location with no data retention requirements gives you an added layer of protection.

On top of an all round good service there’s a huge 30-day money back guarantee which is equally one of the longest in the industry. There is little risk subscribing because you’ve got so long to test the service out and get your money back if you’re unhappy.

Get NordVPN for England

One of our favourite features of the ExpressVPN service is not only their huge range of worldwide locations but the numerous VPN locations across England.

Servers are available in London, East London, London Docklands, Kent, Maidenhead and Berkshire giving you plenty of options for connecting across England.

On top of England VPN servers, there are VPN servers in more than 94 countries across the world which give you scope to connect anywhere and access services restricted for overseas use.

Another extremely good feature of the service is the fact they have apps for nearly every major devices in existence. Mobile apps are available for Android and iOS with software for Windows and Mac. There’s also a Linux client and an Amazon Fire TV app. If that wasn’t enough there are even apps for some select routers.

There’s a 30-day money back guarantee which will give you plenty of time to test the service.

Get ExpressVPN for England

One of the most well-known providers

Fewer locations than others

CyberGhost VPN is one of the biggest VPN providers in the industry and as such you’d expect them to offer a good service. Thankfully this is true and they make a good option for use in England or when wanting to access services from England.

Currently VPN servers are available in 57 countries across the world with 2 locations in England. Both London and Manchester offer up to 152 VPN servers.

There’s a 30-day money back guarantee on the service or you can even opt to try a restricted free service before signing up for the full package. It doesn’t have as many features of the main service but it is a good way to try before you buy.

Apps and software are available for all major devices allowing you to get connected both at home or while mobile. The service also uses industry standard encryption which will allow you to protect your privacy.

Get CyberGhost VPN for England

Very strong encryption
Use on up to 6 devices

Not so many server locations

VPN.ac is our wildcard VPN choice for England because of the strong encryption and extra features they offer.

We recommend them for use by intermediate or advanced users but their apps are easy enough to use for beginners too. The reason they’re so good for advanced users is that they offer plenty of encryption options and added features if you know what you’re doing.

Another standout feature of the service is their speeds. They’re one of the fastest services we’ve used and they allow you to use the one account on up to 6 devices at the same time.

Three server locations across England are available including London, Coventry and Portsmouth which gives you plenty of choices when connecting to an English VPN server.

The service also offers double-hop servers from the UK to Netherlands and UK to Romania which adds an extra layer of protection to your connection.

How to choose the Best VPN for England

When searching for a VPN for England either for use in England or to access English services it’s important to consider a few critical factors.

The first is to ensure that the VPN service has dedicated VPN servers in England such as the five recommended above.

The next is to consider the speed of the service. Although most VPN services cost roughly the same the speeds can vary massively. Unfortunately, it’s impossible to know how fast a VPN service is until you’ve signed up and handed over your money.

We tested all five VPN services above and they offer some of the best speeds available. If you opt to sign up for a VPN service not listed in this guide then you should ensure that they have a money back guarantee which will let you get a refund if they don’t live up to your expectations.

Finally when consulting guides it’s important to take advice from up to date guides such as this one for 2018. The VPN industry is competitive so providers are ever upgrading and offering more for the same price. What you got in 2017 may no longer be the best in 2018.

There are hundreds of VPN services to choose from and a large number of them are suitable for use in England.

However, the quality of VPN services can vary greatly even though they all cost approximately the same. Without testing each individual service yourself it’s impossible to know which VPN services are working good for England and which are best avoided.

We’ve done the hard work for you and tested a whole range of services. We found IPVanish to offer the best VPN service for use in England but the other 4 listed here also made good choices too.

All that’s left for you to do is choose one of the five above which are suitable for use either in or outside England.

Get our recommended England VPN