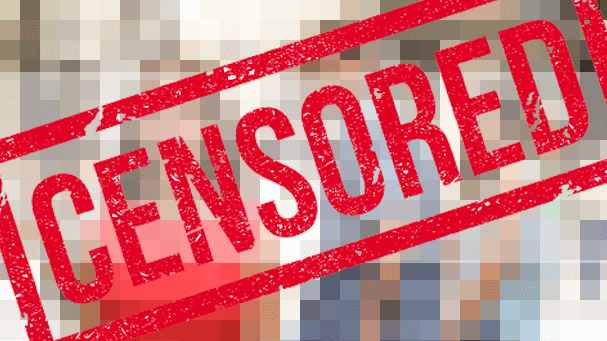 So, the EU just took a massive shit on the internet.

If you've been living under a rock these past few days, Article 13 passed which means creativity and freedom of speech in the EU is likely to become stunted as we move forward.

As some large corporations celebrated, the majority of the internet-using public plus campaign groups like the EFF, OpenRightsGroup and others hung their heads in disbelief. 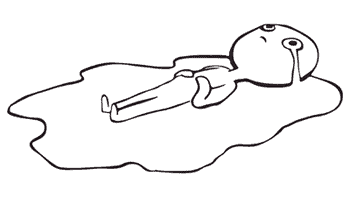 That could mean no more memes, parody videos banished and all those crazy cat videos that while away the hours you should be working are no more.

Can you get through a day without LOL'ing at memes?

So where do you go from here?

Social media is now awash with recommendations of ‘get a VPN‘ and while no one 100% knows how the regulations will pan out it's expected to be a little GDPR-like.

Which means EU users could soon find themselves blocked from accessing certain content that others around the world enjoy freely.

We think so and if you agree, here are the top five options for sticking your middle finger up at Article 13.

How to choose a VPN to bypass Article 13

Choosing a VPN for any purpose can be difficult enough.

Did you know, there are some 500+ commercial VPN services out there all offering what on the surface seems like the same product.

But VPNs vary massively and although they cost approximately the same, the service you get can be the difference between chalk and cheese.

Before you dive right in and select the first “Fastest”, “Most Secure” or “Cheapest” VPN services you find on Google, consider these features:

There's a lot of VPN services out there, not all good.

Below isn't an exhaustive list of every VPN service available but our selection of five leading VPN services.

These have continually proved their quality over the past five years that we've been testing VPN services.

Our favourite is ExpressVPN because they offer more features than the competition but you are free to choose – they'll all help you beat Article 13 (in theory). 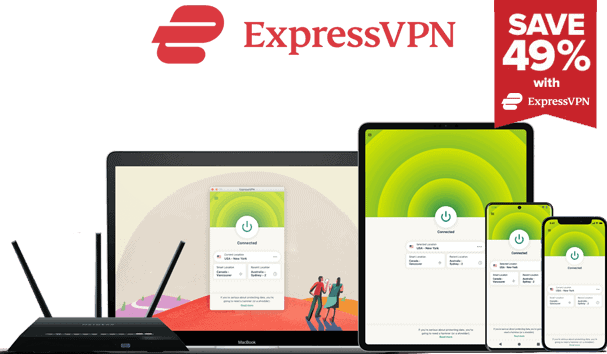 ExpressVPN without question is the best VPN service right now because their overall offering and not just for bypassing Article 13.

They've got an extensive range of servers, offer speeds that allow you to download quicker than the competition (across their entire network) and have apps for every device you own.

They're also the best VPN for streaming which is great if you want to avoid Article 13 regulations on video sites like YouTube.

As if that wasn't enough they're also using encryption levels trusted by banks to keep you fort-knox secure and allow you to get your money back within 30-days.

Most importantly, ExpressVPN offers servers in Switzerland. They also have an extensive network of servers on the west coast of the United States.

They have a considerable range of server locations everywhere from North America to Asia and Australia.

We don't like the monthly price of ExpressVPN – it's expensive, but you can negate this by taking their yearly package which is far more bank balance friendly.

VPNCompare readers can save a massive 49% off right now and with the money you'll save you could buy yourself a brand new ‘Distracted Boyfriend‘ checked shirt.

Our #1 Recommended VPN for bypassing Article 13

IPVanish has been one of our favourite VPN services over the past five years and they're ideal if you're aiming to avoid Article 13 rules.

They've got a broad range of server options in 60 countries including Switzerland and the west coast of the United States.

They also have apps for all the most popular devices. Plus you can use them on up to 10 devices at the same time.

Not only can you avoid Article 13, but your entire household can too making them cost-effective.

The service is traffic neutral, so it doesn't matter if you're streaming cute cat videos on YouTube or downloading a huge torrent file.

They do offer one of the shortest money back periods at just 7-days but it should be enough time for you to test for your needs.

NordVPN has cemented itself as one of the best VPN services around making them ideal for hopping regions outside of Article 13's grasp.

They've got more individual VPN servers than most providers standing at an altitude-high 5,200+.

They also have servers in Switzerland as well as many others outside the EU.

Speeds are some of the best we've experienced so streaming those Article 13-violating videos will cause no issues and you won't be plagued by buffering or other slowdowns.

Apps are available across a wide range of devices including everything from your computer to your phone and tablet. You can even secure your Amazon Fire TV Stick too.

Six devices are allowed to be connected concurrently and if you're a little apprehensive their 30-day worry-free money back guarantee has you covered.

Next up we have CyberGhost VPN.

They're one of the most improved VPN services in recent years offering an excellent combination of privacy and high levels of encryption.

As Article 13 is likely to affect video a lot, these specific options will help you bypass the regulations with the least amount of effort.

You can use one service on up to seven devices at the same time allowing your entire family to browse the web censorship free. Although you do need to ‘de-register' devices when you hit the limit which can be annoying.

Don't worry if the service isn't for you either as there's a whopping 45-day money back guarantee to give you more time than any other service to test it.

VyprVPN is our final choice for bypassing Article 13 regulations but by no means are they least.

Kicking off they've got a sweet 3-day free trial. While you can't get your money back, you don't have to pay a penny (or cent!) up front and you can test the service to its full potential.

… OK, you do need to enter some payment details but you won't have to pay up front.

We like VyprVPN's secure app range. They provide top-levels of encryption in an easy to use app for all the major devices.

Plus, they're registered in Switzerland AND offer servers in Switzerland. If you're after defeating Article 13, you can't go wrong.

Just remember to cancel that free trial if you find they're not the service for you and then you won't get charged – if you love them then do nothing and be Article 13 busting for months to come.

How to choose the best VPN for bypassing Article 13

Our Editor's Choice VPN for bypassing Article 13 regulations is definitely ExpressVPN because of the vast range of benefits.

They offer the fastest speeds we've seen which is great for streaming, high-levels of privacy protection and they've got more than 3,000 VPN services splattered across 94 countries.

However, often choosing a VPN will depend on your usage so if you're still undecided take a look at some of the most common scenarios to help you make up your mind.

If you want the best overall service, get ExpressVPN. With unlimited premium bandwidth, superb speeds for streaming, a best in class app range and a 30-day money back guarantee you can't go wrong.

If you want the longest testing time, take CyberGhost VPN. They've got a long 45-day money back guarantee giving you more time than any other service to try it and get your money back if you're unhappy.

If you want to try before you buy, grab VyprVPN. They offer a completely free 3-day trial. You don't need to pay anything upfront. Simply enter some payment details to activate the trial.

If you want beginner-friendly apps, get NordVPN. Their range of apps is available for all the most popular devices and they're some of the easiest we've used, If you're a beginner then you'll love their simplicity.

If you want a superior streaming service, take ExpressVPN. They offer some of the best speeds we've seen and unblock more content than nearly any other service. Kiss Article 13 goodbye and browse those memes and stream those parody videos until your heart's content.

Will a VPN defeat Article 13?

What it can do is let you hop outside the regulations that the EU will be imposing on companies operating in the EU.

Although there is no guarantee, it's unlikely big tech companies will want to apply their filters to the entire world just because the EU says so – and rightly so!

What it means is you're likely to find content blocked and censored in the EU but freely accessible outside the EU.

So while there are no guarantees that it will be the case, to safeguard yourself and give yourself the best opportunity at accessing an unrestricted internet, we along with 99% of Twitter recommend using a VPN.

… failing that, move outside the EU! 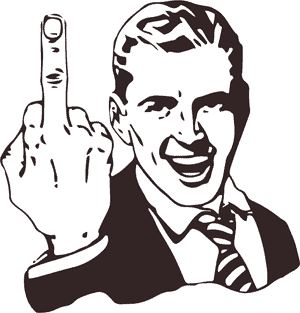 In Summary: How to bypass Article 13 regulations

There's little you can do to stop Article 13, you've already fought the good fight and lost.

To take back power a VPN is the best solution.

It's up to you but we recommend using ExpressVPN because their combination of features mixed with industry leading speeds makes them great for watching cat videos, looping memes and whatever other content that Article 13 will see restricted.

However, the choice is yours, above we've listed five top VPN services that will all be suitable for the job.