Best VPN and tools to protect your Broadband Privacy 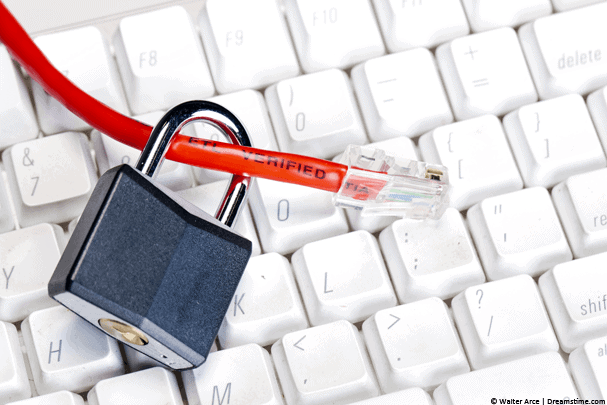 Broadband Privacy is a huge concern around the world right now regardless of what country you live in.

From the Investigatory Powers Bill in the UK, Congress repealing FCC privacy protections in the US and Mandatory Data Retention in Australia it seems privacy is being eroded at every opportunity in all corners of the globe.

By far the most popular and easiest to use privacy tool is a VPN.

A VPN creates a secure tunnel encrypting all your data meaning it is impossible for your ISP to log what you’re doing and unless you’re of high interest to the government it’ll also thwart their basic snooping efforts.

VPN services are incredibly easy to use and below I’ve compared 5 of the best to help you find the one most suitable for your needs.

If you’re looking for the very Best VPN to protect your privacy then IPVanish should be your starting point.

I’ve been using their service for years and they’re one of the fastest providers I’ve used.

In comparison to what else is available on the market, they beat many other popular services in terms of speed.

Software and apps are available for Windows, Mac, Android and iOS systems and devices so it’s incredibly easy to get connected, just one or two clicks will have you secure.

For speed, ease of use and privacy protection they’re my number 1 recommended provider and the reason they’ve scored our highest ever review score.

Not so many countries

If you’re a techie then you’ll want to check out VPN.ac.

A massive 6 simultaneous connections are allowed meaning you can protect your whole household of devices with just the one account. Some VPN providers only allow 2 which isn’t nearly enough in today’s gadget connected world.

VPN.ac also have their own dedicated DNS servers that encrypt the web addresses you enter, this stops your ISP or anyone else knowing the URL of the websites that you visit.

One thing that lets the service down a little is they only have 20 countries available to connect to and while all the major locations like the UK, US and Australia are covered you should check first to ensure they have a VPN server location near your country of residence.

Best VPN for Apps ease of use

If this is the first time you’ve signed up to a VPN service then Overplay are worth considering.

They recently released apps for mobile devices running Android or iOS and have always had Windows and Mac software available. The design of the Overplay software and apps makes it one of the easiest services to use.

They software and apps have been designed with beginners in mind so if that sounds like you then they could be the service for you.

With VPN servers in more than 50 countries and over 650 servers in total there is a lot of scope for protecting your privacy. Overplay make use of OpenVPN 256-bit encryption which is the standard highest in the industry and will ensure your privacy is retained as much as possible.

The service is a little more expensive than the competition coming in at a dollar or two more per month but you do get an included SmartDNS service that allows you to access region restricted content such as TV services from around the world.

Starting to use VPN services can be an awkward prospect. You don’t know if you’ll struggle to use it, you don’t know how it’ll affect your internet speeds – there are many unknowns.

My favourite feature of the ExpressVPN service is they have a massive 30-day money back guarantee which is one of the longest I’ve seen.

This allows you to test the service to see how it feels and see how it effects your internet performance such as speeds. Using encryption to protect your privacy is always going to generate a little speed loss but with a good VPN service this should be minimal.

With one of the biggest VPN networks in the world and servers in over 94 countries, it makes ExpressVPN suitable for use almost anywhere in the world.

If you travel a lot or are a digital nomad then ExpressVPN is certainly a service you should consider. They’re a little more expensive than the others which is definitely a negative but you do get access to more server locations which somewhat explains this price difference.

Unlike most of the other providers, LiquidVPN has a range of packages to suit your needs.

Mostly this depends on how many devices you want to connect to the service and if you only have a few then you don’t need to be paying for connections you won’t make use of.

Download speeds are also good on the service so while you’re protecting your privacy you won’t notice any slowdown.

The service doesn’t have half enough VPN servers locations though so it’s going to be limited in use. It’s worth checking out their server locations before you sign-up. If you live in North America, Europe or near Singapore then they’re definitely worth taking a look at, if you live further afield then stick with one of the earlier services.

Getting a VPN service is only the first step in protecting your privacy and there are a couple of other free tools and things you should do to further protect not only your privacy but your general online security.

Below I take a look at some of the most important.

It forces websites to use the secure HTTPS protocol when available further encrypting your online communications.

The extension is available for Chrome, Firefox, Opera and Firefox for Android.

Where to get it : HTTPS Everywhere

The internet is awash with pesky adverts. Although annoying some are just harmless advertising as would be expected but others can harbour nasty surprises or link to less than savoury websites.

AdBlock Plus is a free add-on for Chrome, Firefox, Opera, Safari, Android and Internet Explorer that blocks all manner of adverts.

Not only does this remove the general annoying adverts but can also protect you from being hit by some unscrupulous adverts too.

Where to get it : AdBlock Plus

Adobe Flash once ruled the web and was responsible for most interactive content.

Unfortunately those cutesy games, interactive adverts and more running on Flash can also be exploited and serve up malware and other trojans to your computer or device.

Disabling Flash is essential to protect your online security and privacy. FlashControl will let you disable it on both Chrome and Firefox.

Where to get it : Chrome / FireFox

A VPN is definitely the best solution available to protect your broadband privacy but there are other areas to consider too.

The best of both worlds solution is to get yourself a reliable VPN service like the ones listed above and enable and download the other additional privacy enabling tools.

It’s worth remembering that no solution is 100% effective or foolproof but you can do as much as possible to protect your online privacy and ensure that your ISP, Government or pesky hackers are kept at bay.