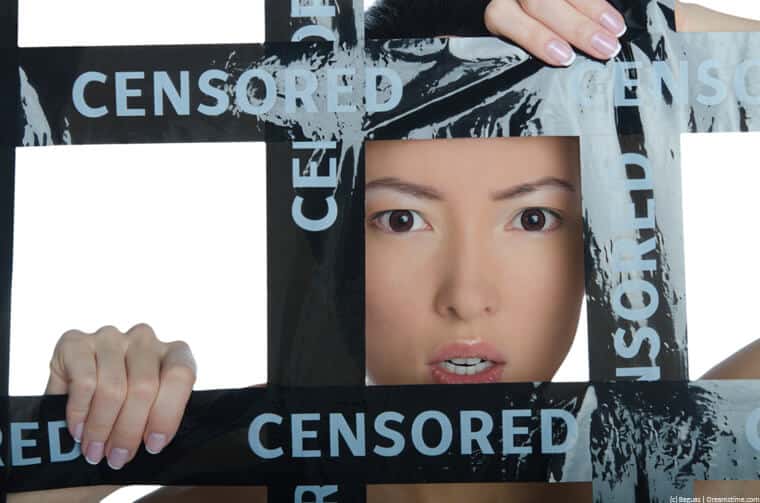 Imagine living in an Orwellian dystopia where the authorities monitor everything you do, every email you send, every social media post you made, even when you were living in another country halfway around the world.

It doesn't actually take much creative thinking because that is the situation facing Chinese ex-pats and overseas students in countries right around the globe right now.

The situation has been highlighted in a book, “China Unbound: A New World Disorder,” which has been published by Toronto Star reporter Joanna Chu.

In it, she tells the tale of Dan (his name has been changed), a Chinese student who was accepted to study law at a University in Quebec, Canada. About a month before his study began, the University gave him his credentials and with them, access to a VPN.

Unlike many in China, Dan had never used a VPN to get around the Great Firewall and access the internet without restrictions before.

The University gave it to him to access their intranet but he also decided to take a look at international social media so he could engage with other students on his course and also read some real world news so he knew the truth of what was happening outside the Chinese Communist Party's (CCP) information bubble.

Dan signed up to Twitter but, aware of the risks, he used a fake name, a fake location, and declared himself female. He continued to browse Twitter once he arrived in Canada but was too nervous of posting, aware of the potential consequences back home if he was caught tweeting the wrong thing.

He had acquired just two followers and his activity was limited to three retweets, the story about the death of Chinese democracy advocate Liu Xiaobo, a short satirical video about CCP Chairman Xi Jinping, and a chart on levels of Chinese government corruption.

He then began using it less and University life got busy and didn't think about it again until he got a call from his father back in Communist China. He asked him, “Son, did you say something about the Chinese government on the internet? The public security bureau called us twice.”

Dan was then approached himself directly on the Chinese social media platform WeChat. He had conversations with a Chinese public security agent, which he recorded. He was told that the CCP's Ministry of Public Security had tracked him by his IP Address and knew where he lived in Canada (he presumably wasn't using the VPN outside China).

They claimed they could prove he ran this Twitter account, without saying how and never said what law he had broken by doing so. When Dan asked what would happen if he denied it, he was told, “You will face trouble.”

As Joanna Chu explains, this is a well-known Chinese euphemism that means you will face state persecution. In Communist China, the state is all powerful and Dan could have faced anything from harassment by officials, to travel bans, to rejection from jobs, to even house arrest.

It could also extend to his family as well. His parents could face similar harassment and their pensions and health insurance could be removed.

He was ordered to delete the tweets and after the Canadian police told him there was nothing they could do, he reluctantly did.

Sadly, Dan's story is far from unique. Joanna Chu spoke with Brad West, mayor of Port Coquitlam, a small city near Vancouver, who had learned that dozens of Chinese citizens in his city had been threatened by officials of the Chinese state, both on the telephone, and even in person.

Even worse, some of these affected were not even born and raised in Communist China but were first or even second-generation Canadian citizens. Doubtless, this situation is not unique to this small Canadian town or even Canada as a country and it is clear evidence that the CCP thinks all Chinese ex-pats, even if they have never lived in China, are fair game.

The response of the Canadian police and local authorities is unlikely to be unique either and this sends a message to the Chinese diaspora that they are vulnerable to the coercion of the CCP even in free and democratic countries like Canada.

Whenever we write about Communist China here at VPNCompare, we are always at pains to stress that the threat this regime poses is very real and using VPNs and other tools to get around their internet controls is something that individuals do at their own risk.

It is clear now that even outside China, all Chinese citizens and ex-pats still have to act with the utmost care for their online privacy and security.

That means a VPN has to be an essential tool at all times and on all devices they are using to go online.

If you are a Chinese citizen abroad or even a Chinese ex-pat, sign up for a VPN today, download the app onto all of your devices, and make sure that it is always switched on. Enable the kill switch too, so you can be sure that if your VPN connection drops, your internet data will always be secure.

Online freedom and freedom of expression are universal rights and there is no way that the CCP should be allowed to threaten its people, and the citizens of other countries, in the way they terrorised Dan.