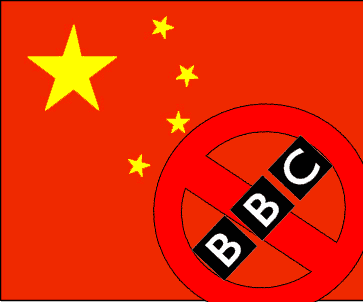 Internet restrictions are becoming big news around the world, the world is forever being inundated with new restriction stories. Blocks and restrictions aren’t only confined to countries that have repressive regimes, in fact the United Kingdom is quickly becoming a leader in sites blocked. This is related to copyright infringement where only a simple request to a court can have a site blocked across the range of major ISPs with very little effort.

China has long been a country that has restricted the free flow of information and is one of the most restricted countries in the world internet wise. Popular sites that are accessible elsewhere are often found to be blocked in China with users being forced to make use of Virtual Private Networks just to access simple sites such as Twitter, Facebook or Instagram amongst others.

The restrictions in place in China are joyfully known as the Great Firewall  and the purpose is mainly to restrict information that criticises the government. The latest in the list of websites to be blocked is the United Kingdom’s BBC.co.uk. The BBC (British Broadcasting Company) is a well respected organisation that has worldwide appeal. Their world news site is available in a range of languages and even has a Chinese language version of the site, such is the interest in accessing from outside the UK.

On the 15th October 2014 the BBC themselves reported that the English-language website was blocked across the whole of mainland China. The BBC are reporting that other major news websites are still accessible and since the BBC has been mainly working from mainland China since the Olympics in Beijing in 2008 it is unclear why it has now found itself falling fowl of Chinese censorship.

The BBC have a rather large news site divided up in to various sections and these areas have been hit and miss in terms of access in China, while the English language site was mainly accessible, the Chinese version of the site has been a victim of Chinese censorship since its inception.

The BBC like many other sites find themselves in a position where blocks are placed and then lifted later depending on how topical Chinese issues or policy is at the time, while China hopes to restrict the free flow of outside information to Chinese citizens the BBC have not yet given any indication of why they feel they may have been blocked in this instance.

“The BBC strongly condemns any attempts to restrict free access to news and information and we are protesting to the Chinese authorities. This appears to be deliberate censorship.

The BBC provides impartial, trusted news to millions of people around the world, and attempts to censor our news services show just how important it is to get our accurate information to them.“

Users in China concerned by ever growing Chinese censorship can use VPN providers with special technology such as VyprVPN’s Chameleon or VPN.ac to circumvent these restrictions and restrictions placed on standard VPN connections. These allow access to the BBC and other blocked sites inside China.