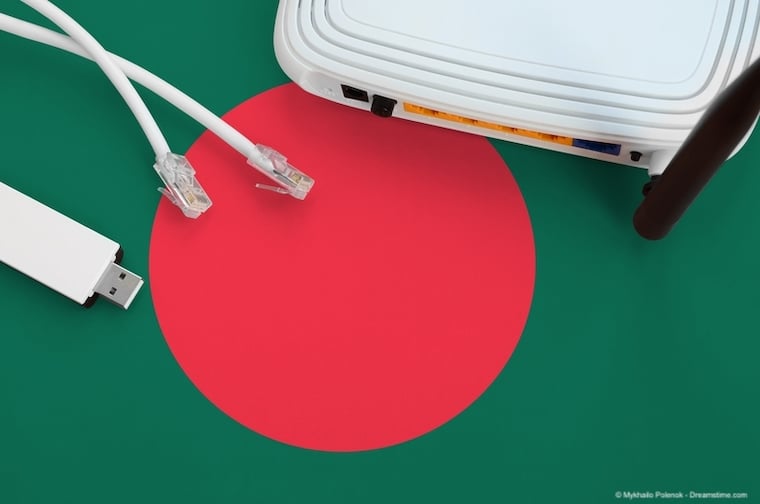 That’s according to Human Rights Watch, the internationally-renowned humanitarian organization, which has reported advanced methods being used in Bangladesh to censor online content and surveil people’s online activity.

On December 26th, Netra News, which is an investigative journalism website based in Sweden, published an article alleging corruption against Obaidul Quader, the Bangladeshi Minister of Road Transport and Bridges.

It alleged that the Minister liked to be bribed with expensive wristwatches and cited a case where he received a Rolex Day-Date President watch in exchange for awarding a lucrative government contract.

On December 29th, just three days later, Netra News was blocked across Bangladesh. According to the sites editor, Tasneem Khalil, there is evidence that this block came at the demand of the Bangladeshi intelligence agencies.

It is far from the first time that websites have published articles critical of the government only to find themselves quickly blocked.

Al Jazeera’s English-language website was blocked in Bangladesh last year just hours after it published an investigation into the involvement of three government ministers in the disappearance of a business rival.

The Wire has also found itself blocked after publishing an article on the role of Bangladesh's military intelligence agency in the illegal pick-up and detention of academic Mubashar Hasan.

It is not just international websites that have been blocked either. Scores of different Bangladeshi websites have also found themselves blocked, usually with no reason being formally given. Most suspect it is due to publishing content critical of the Hasina government.

Since February of last year, Bangladeshi ISPs have been required to have Deep Packet Inspection (DPI) technology installed. This allows the government to monitor network traffic, punish those it deems to be acting illegally and also censor content directly.

Shortly after the deadline for DPI installation, a massive 20,000 websites were blocked in what the government claimed was a “crackdown on pornography” but which included many popular blogs and other non-pornographic sites.

The situation in Bangladesh now is that if anyone wants to access news content that is critical or even just offering a balanced perspective on their government, they have to use a VPN to do it.

VPNs can get around Bangladeshi government censorship and unblock sites like Netra News, Al Jazeera, and domestic Bangladeshi sites that are currently blocked.

This arbitrary censorship might seem bad enough but the Bangladeshi government has plans to go even further.

The assumption was that this meant they too would be blocked, if indeed they weren’t already.

Hasan Mahmud, Bangladesh’s Information Minister, has claimed that 3,595 sites have registered with the government so far.

Under Bangladeshi law, the registration process is supposed to take place under an independent Broadcasting Commission. But this body has never been formally established and instead the government is reviewing all applications itself.

Needless to say, it is far from impartial and is using broad definitions including “mockery of the national motto or goal, mockery or derogatory remarks about the people of Bangladesh, or disrespect of the national character of Bangladeshi people” as excuses for refusing sites registration applications.

Critics, including Human Rights Watch, suggest these are being abused by the government to shut down any site which is, or has been, critical of the government.

A climate of fear

The result of the current censorship regime is the creation of a climate of fear and self-censorship among those journalists who do still operate in Bangladesh.

According to Human Rights Watch, one local newspaper editor said he only published between 10% and 20% of the news available to him while another said at least 50% of the content in his publication is self-censored.

This is no surprise, especially since the government passed the Digital Security Act 2018. This law means that journalists can be jailed for life for publishing any content deemed to be “propaganda” against the nation, or that “hurts religious sentiments or religious values” or “destroys communal harmony or creates unrest or disorder.” At least 29 journalists are believed to have been detained under this new law so far.

“The Sheikh Hasina government in Bangladesh continues its march toward authoritarianism, willing only to allow praise, and shutting down criticism,” he said.

“These restrictions disregard the basic principles of free expression and suggest that the government has plenty to hide.”

For the people of Bangladesh, it also means that accessing independent information is now almost impossible without the help of a VPN. And there is no sign of this situation improving any time soon.