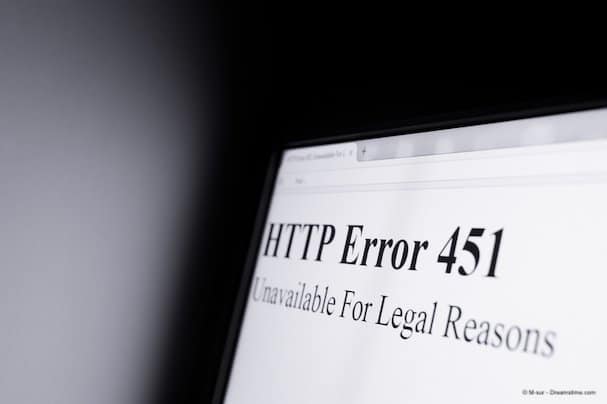 The backlash against proposals put forward by the UK Government to hold internet platforms accountable for content posted on their sites continues as the consultation period of the Government White Paper ends.

As we reported earlier this year, the suggestion to create a new Internet Watchdog and regulatory framework to oversee internet activity and punish those found to be hosting “harmful” content has been consistently attacked by all sides of the political divide.

With the consultation period now closed, it is apparent the number of critical voices has continued to swell.

A major City of London law firm, RPC, has been one of the strongest critics of the proposals. As the City AM newspaper has reported they have warned of the significant risk of online censorship that the proposals create.

Nicola Cain, one of the partners at RPC told City AM that its view was that imposing a statutory duty of care on online companies was a step too far.

“The UK government must be extremely careful over the extent to which its proposals will intrude on people’s free speech and right of access to information,” she said.

“Proposals like this need to be backed up by rigorous scientific analysis of what the prevalence and impact of ‘harmful’ internet content is before we even consider seeking to define it and prevent its dissemination.”

She also argued that both retailers and the media should be exempt from any new regulations and said that any plans along the lines of those in the White Paper would be “difficult to implement in practice.”

She is absolutely right. The risks of the government’s proposals are extremely severe but the chances of successful implementation are almost zero.

It is notable that the White Paper completely overlooks how British internet users can use tools like VPNs to access any content that the government sees fit to block themselves or forces tech companies to do for them.

By signing up to a VPN such as ExpressVPN, any UK-based internet user can simply connect to a server in a country without such onerous state censorship and access whatever content they like online.

It is not just law firms such as RPC who have concerns. Major free-market think-tank the Adam Smith Institute also recently published a research paper highlighting their reservations.

Entitled ‘Safeguarding Progress: the risks of internet regulation’, the paper argues that digital innovation is dependent on exempting the companies behind major online platforms such as Google and Facebook from liability for the activity of their users.

“Laws forcing platforms to be liable for user content to restrict hate speech have prompted social media companies to engage in excessively risk-averse moderation, threatening freedom of expression,” they argue.

The authors then go on to explicitly state that “the Online Harms White Paper is a serious threat to free expression” and criticise is broad in scope and ill-defined use of terms like harmful content.

Censorship and restriction an inevitable consequence

The inevitable consequence of laws like this making it onto the statute book is the undermining of free speech and the deliberate or unintended censorship of online content as companies scramble to try and be compliant.

Rather than risk breaking the law and the consequences of that, most tech companies would end up over-censoring to stay compliant.

Perhaps most damning of all is a quote included in the Adam Smith Institute White Paper by media lawyer Mark Stephens. He said, “We are the first Western regime to consider this. The only other countries doing this are Saudi Arabia, China, Turkey, Azerbaijan and Russia.”

Does the UK really want to go down the same road and some of the most oppressive authoritarian regimes on the planet? Does it really want the UK’s internet to more closely resemble the Orwellian nightmare that is the internet in Communist China?

You would hope not and yet time and again it is putting forward proposals and legislation which is moving in that direction. It also seems immune to the criticism of rights activists and tech experts who time and again have stepped up to condemn the move.

The response to this White Paper has been as critical as ever but this time the noise is being made by an even wider range of stakeholders.

Perhaps the voice of major City law firms and reputable think-tanks such as the Adam Smith Institute will help to finally convince the UK government of the folly of their approach.

Don’t hold your breath, but for the sake of all non-VPN using internet users, we sincerely hope that is the case.