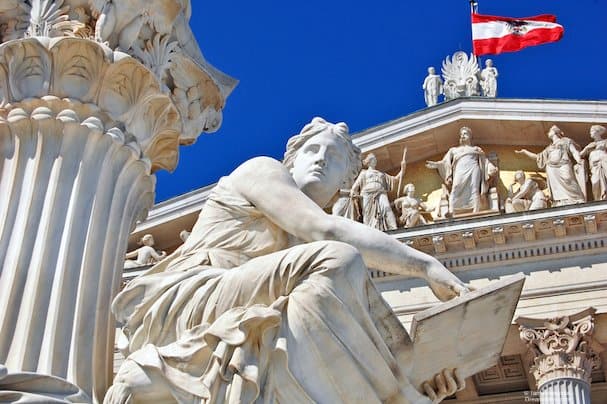 There are a number of countries which have tried to ban online anonymity. Most of them are brutal authoritarian regimes like Communist China, Iran, and Russia.

But now there is a new name to add to the list and this one is a picturesque and democratic Alpine country right in the middle of Europe.

The government of Austria has introduced a new draft law that will force Austrian citizens to reveal their true identity before they can post any comments online.

The law is intended to prevent people from being able to harass or offend people online and then hide behind an anonymous online identity.

People will be allowed to use a nickname in public, but they will have to submit their real identities to the sites in question which will be required to reveal that information to law enforcement agencies on request.

The law has a number of deep flaws which have been identified by observers already. The most talked about problem is with the exceptions the Austrian Government plan to allow.

The draft law states that the new rules would only apply to sites with more than 100,000 registered users and with annual revenues of more than €500,000.

These limitations are obviously intended to help young sites to develop without being burdened by excessive regulation.

But commentators have suggested that these exceptions are likely to mean those communities most like to engage in abusive online activity do not fall under the new rules. This would obviously be completely counter-productive.

There is also the question of user privacy. If users have to submit their data to websites, this information will have to be stored somewhere and that database will undoubtedly be a target for hackers.

But the main problem is that the new law, if it is approved in its current form, is totally unenforceable.

By signing up for a VPN such as ExpressVPN or NordVPN and then connecting to a server in a neighbouring country such as Germany or Switzerland, any Austrian citizen will still be able to visit the same sites but use them without being subject to Austrian law.

It is a familiar problem that yet another developed western government seems to be unable to grasp. The fact is it is impossible to regulate online behaviour through domestic legislation because it is so easy for people to use a VPN to make it appear they are located elsewhere.

The law is not signed and sealed yet

Another problem the Austrian government might face it getting the new law approved by the European Union. As a member of the EU, Austria is unable to introduce new laws of this nature through its own parliament but must also seek approval from Brussels.

The EU’s first priority is not to Austria but to protecting its own interests and it is quite possible they could view this proposal as unduly punishing European companies more harshly than they would be in the country of origin.

If that is the view they take, regardless of what Austria’s democratically elected parliament decides, the EU would be able to veto the new law.

It is also the case that this law has only just been introduced as a draft piece of legislation. If it does get approved, it is likely to face a significant level of scrutiny and be amended significantly first.

If the law is approved, it will not come to into effect until 2020 at the earliest. But by even putting this law forward for discussion, the Austrian government is showing its true colours.

Even since the fall of the Third Reich, Austria has been known as a quietly efficient democratic European state. It has not, until now, shown much tendency towards invasive and authoritarian government.

Even as much of the rest of Europe and the democratic world has reacted to the threat of terrorism by undermining individual rights in the name of security, Austria has, for the most part, resisted the temptation.

But now they are clearly planning to follow the path of neighbours Germany and many other major European nations. For Austrian people, that will be deeply concerning. Perhaps they should be signing up for a VPN to enjoy the numerous online security and privacy benefits they offer sooner rather than later.