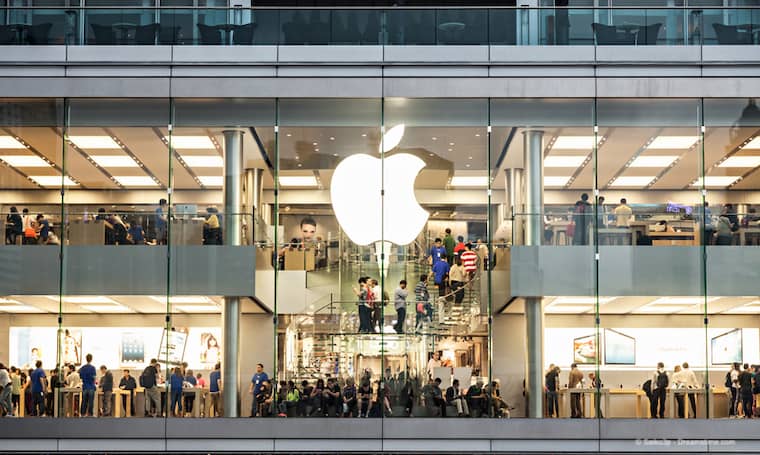 Apple’s next annual meeting promises to be an interesting fare after a campaign group managed to force a shareholder vote on the company’s compliance with Chinese censorship onto the agenda.

The proposal was put forward by campaign group SumOfUs on behalf of 13 shareholders who hold a total of US$26,000 (£19,500) of shares in Apple, which is currently valued at around US$1 trillion.

The proposal requests that Apple’s Board of Directors report annually back to shareholders on the companies policies on freedom of expression and access to information.

It would also have to reveal to shareholders how it formulates its policies on free expression and whether it acknowledges freedom of expression as a human right.

In its attempts to block the proposal, Apple has argued that it was essentially the same as two previous proposals put forward in 2016 and 2018. These asked the company to review its operations in countries with a controversial track record on human rights and to establish a human rights committee.

However, the US Securities and Exchange Commission has ruled in favour of the SumofUs proposal meaning this proposal will also be submitted for a shareholder vote.

Should the proposal be backed by Apple’s shareholders, it could put the company in something of a tricky situation.

After all, Apple is responsible for removing no fewer than 674 VPN apps from its Chinese app store, a move which has directly helped the Chinese Communist regime restrict the freedom of expression of the Chinese people.

This is not the only online communication tool that Apple has censored at the behest of the Communist rulers of China. VOIP services have also seen their apps removed from the app store too.

Even worse, Apple has also complied with a Chinese law which demanded all data from Chinese citizens is stored in the country. This leaves that data vulnerable to Communist party surveillance and could place the safety of Apple users at risk.

So seriously are US lawmakers taking this move that one Senator, Josh Hawley, recently proposed a bill that would ban American companies like Apple from storing data and encryption keys in China.

Chances of success are slim

Before readers get too excited about the prospect of Apple spilling the beans over its engagement with totalitarian Communist China and other human-rights-abusing regimes around the world, it is worth bearing in mind that the two earlier proposals, cited by Apple, achieved just 1.8% and 5.6% shareholder support respectively.

Apple shareholders are in it for the money and very few are likely to have the moral fortitude to put human rights ahead of profits in their pockets. Apple’s business in China is worth billions of dollars and it is unlikely that many shareholders will want to put this at risk.

But even getting this issue to a vote is putting pressure on Apple to begin to take human rights in countries like China more seriously.

As Sondhya Gupta, of SumOfUs, said in a statement, “In seeking to stifle a vote on freedom of expression among its own shareholders, Apple once again revealed its true colours. Through its decisions to comply with the government of China’s brutal regime, the company is already aiding the repression of Uighurs, Tibetans and other rights activists.”

She is absolutely right. The kind of human rights abuses that are carried out by the Communist regime in China are not things that any company or government should be willing to stand by and let happen.

By showing a willingness to comply with the Communist government in China, Apple is guilty of complicity in the offences and its actions help the regime to normalise its abhorrent policies in places like East Turkestan.

This proposal is an opportunity for shareholders to do the right thing. All it asks is that Apple show some transparency and consistency in how it deals with regimes like China. That is not unreasonable and it is not something that is likely to harm the profit margins of one of the world’s biggest companies all that much.

It is to be hoped that enough shareholders feel the same way to make this simple proposal a reality. But even SumOfUs acknowledge that this is a long shot.

Even if this proposal doesn’t pass, it has succeeded in shining a light once again on Apple’s engagement with Communist China. And this is a light that cannot be shined too brightly or too often.