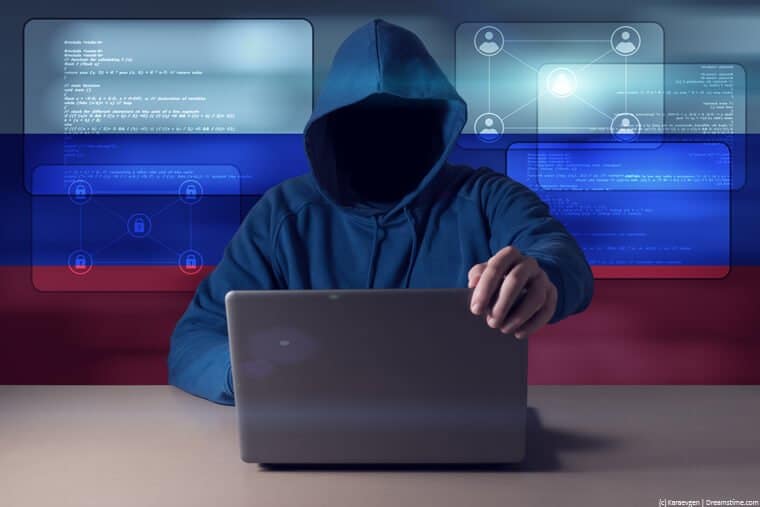 Alongside the military conflict that is currently raging in Ukraine following Russia's invasion of their neighbouring country a fortnight ago, there is also an information war gathering pace. And one of the biggest battlefields of this war is on the internet.

We have written before about the heavy online censorship that has been seen in Russia. But Putin's acolytes are having it far from all their own way.

The Anonymous collective of ethical hackers have declared their own war on Russia and they have struck a blow at the very heart of the Russian internet censorship apparatus.

The self-declared ‘hacktivists' have hacked into the Roskomnadzor, the Russian official government agency for online censorship and media control. And they managed to steal more than 340,000 files which have now been published online.

The documents are dated as recently as March 5th and include a huge number of emails and attachments. They show the extent to which the Putin regime is censoring the truth about the invasion of Ukraine and the losses Russia is suffering.

According to the Distributed Denial of Secrets website, which was passed the documents by Anonymous, the collective “urgently felt the Russian people should have access to information about their government”.

David Betz, a professor of war in the modern world in the prestigious War Studies department at King's College London, said, “I think it's positive. Censors should be exposed.”

This is not the first success that Anonymous has enjoyed over the past two weeks against the Russian state by any means.

They successfully hacked a number of state TV channels, including Russia 24, Channel One and Moscow 24 and got them broadcasting images of Russian losses and the impact that their invasion is having on ordinary people in Ukraine.

They have also claimed to have shut down Russia's space agency, meaning that Putin “no longer has control over spy satellites” on top of successfully compromising the websites of a huge number of websites belonging to the Russian Government, Russian businesses, and others sympathetic to Putin and Moscow.

Their actions have clearly got Moscow rattled.

A panicked letter from the Russian Deputy Digital Minister, Andrei Chernenko, which has been leaked shows that the Kremlin has urged Russian state-owned websites to beef up their security. They have been given a deadline to do it.

There are also some suggestions that Russia might be about to disconnect itself from the global internet altogether.

Is the Runet about to go online?

In the same letter, Chernenko instructed sites to move to domestic services and remove JavaScript code downloaded from foreign sources. He also told them to switch to domain name system (DNS) servers that are located exclusively on Russian territory.

Russia claims the directive is only to enhance security in the face of repeated cyber attacks, but experts fear it is a sign Russia could disconnect itself from the global internet.

Under questioning, the Kremlin has insisted that this is only to help them bolster security, but most experts think it can only mean one thing. As the Director of the Internet Protection Society told the Mail, “From the outside it looks like a preparation for the sovereign Runet.”

Regular readers may recall that back in 2020, Moscow began testing a system that would allow the Putin regime to completely isolate the Russian internet from the rest of the world giving the Russian authorities total and unlimited control over the communications and information of all the Russian people.

This digital iron curtain has not been put into practice yet, but if Moscow does go ahead, it will theoretically disconnect the entire country from the global internet.

It remains to be seen how effective the Runet will be in practice and doubtless Anonymous and other hackers will work hard to find ways around the system.

One possibility might be extending Elon Musk's Starlink network of satellite internet providers over Russia to enable some Russian people to access the internet through them.

This has worked well in Ukraine so far but has never been used in a country where the Government opposes its provision.

One thing is for sure, however. When Putin and his cronies are retreating into their shell, which is what implementing the Runet will effectively mean, it sends a clear message to the rest of the world that they are losing the war in Ukraine, and they know it!