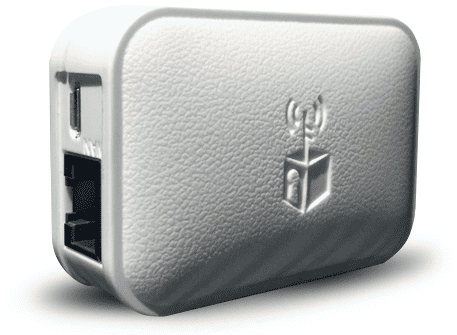 The Anonabox is back! In October 2014 a flurry of activity around the world was created when August Germar promoted his hardware TOR based device Anonabox on crowdfunding site Kickstarter.

Anonabox was claimed to be a small hardware device that allows the end user to easily access the TOR network. By inserting the device between modem and system all traffic would be sent via the TOR network removing the need for any set up or software based on the users system. Similar to a hardware VPN router without the router capability the Anonabox aimed to bring TOR anonymity to the masses.

August Germar had asked for a a minor US$7,500 to get the project from prototype to development stage and quickly word spread. Within days the Kickstarter fund had swelled to over half a million dollars and general news sites such as the BBC and Guardian picked up on the story.

Sadly the project unravelled when users started to question the uniqueness of the design when it was claimed the casing was part of an already available product from Chinese websites such as Alibaba.

The Kickstarter project was cancelled and although many users were angered with what appeared to be a scam there was a large following still interested in the idea of a stand-alone TOR box. With half a million dollars worth of pledges vanished funding continued on rival crowdfunding site Indiegogo. As of March 11th 2015 the new fundraiser has seen US$82,286 in contributions, over 4 times the original amount requested showing that there is still heavy interest in the project.

Anonabox is alive, kicking and ready to launch

While mainstream news of the device died down and support turned to a backlash the project continued and rumblings in the past few days suggest the device has stayed on track and is nearing the point of commercial availability.

Anonabox has been acquired by California firm Sochule Inc. who according to their website are a “recognized web / mobile development & stategic acquisition firm” that appear to have mainly worked with social networking projects and mobile apps in the past. Founder August Germar will remain in position with a larger team being brought on board that is no doubt aimed at commercialising the project and enhancing the availability. 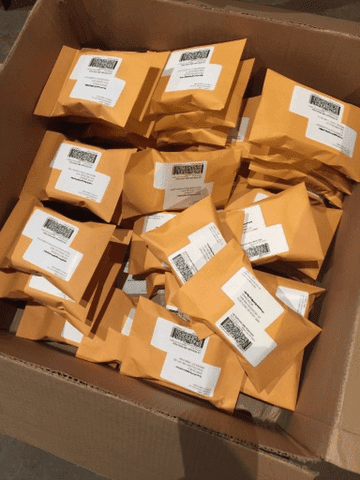 The product is claimed to have now begun shipping to users who funded the Indiegogo campaign with users expected to be receiving packages containing the device within days.

A new website for Anonabox has been launched with the ability to purchase a device for US residents at a cost of US$99.99 and an area to win one of ten devices online which will be live as of 10:00am PST on 11th March 2015.

The stand-alone TOR hardware solution will be being demonstrated live to the public press at the South By Southwest Festival in Austin, Texas. The press only event requiring registration will take place at Z’Tejas at 1110 W. 6th Street in downtown Austin from 10 a.m. to 3 p.m. on Friday, March 13.

The press event will be addressing the issues Anonabox faced over the last few months, including the cancellation of the Kickstarter campaign, its rebirth through Indiegogo as well as its acquisition by Sochule Inc. and where the technology and product stand today.

The controversial product that went from public champion to online hated device within the space of a few days had received interest worldwide, if the project can revive its crown will be left to be seen and only after testing by industry experts will such a device be taken seriously by the wider public.