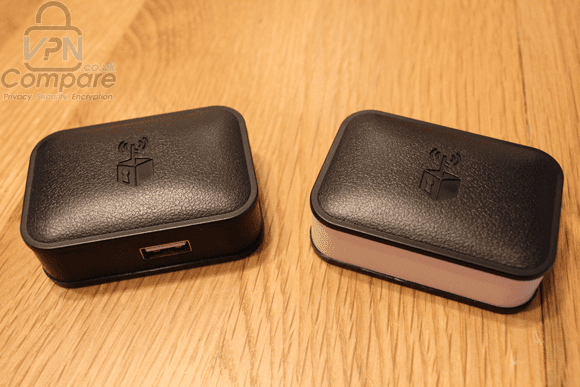 Online security got serious in the last few years. You can't go a week or two without some form of breach or hack making the news and with more and more ways to remove our personal identities, banking details and other private information from us it's time we as users started taking more care of our own online security.

These new devices act as a VPN or Tor bridge between your desktop, laptop, tablet and mobile and public Wi-Fi or home wired networks.

Anonabox are a company known for their previously released wired Tor router device. The company behind the original device have gone back to the drawing board and released not 1 but 3 new security devices aimed at protecting your privacy online.

The Anonabox Pro, Anonabox Tunneler and the Anonabox Fawkes were all released late last month and I've been taking a look at the two top of the range products, namely the Pro and Tunneler iterations of the devices.

Differences between the Pro, Tunneler and Fawkes?

The major differences between the devices is:

In comparison to the original Anonabox that only allowed access to Tor via a wired connection, all three products are a feature rich progression.

Anonabox Pro & Tunneler, palm-sized devices side by side.

On top of that, the Pro has the ability to host .onion websites, USB file sharing capability, a faster CPU at 650mhz compared to 400mhz on the other available devices and a larger RAM/Flash of 64/128 in comparison to 16/64 available across the lower range.

What's the idea behind the devices

In this review I'll be concentrating on the Pro and Tunneler devices but much of it is true of the Fawkes device too.

Both the Anonabox Pro and Tunneler are intended to offer online security and privacy via either a VPN or the Tor network. With the wireless functionality it allows the portable devices to be taken anywhere ensuring you can stay safe while on the move.

The devices allow either a wired or wireless connection to be made to a router. So for example, if you're at home you can connect via an ethernet cable for optimal speed or while out and about at a cafe, library or other public Wi-Fi access point you can connect the device using wi-fi.

You then connect your computer, tablet, phone or other device to the Anonabox acting as a privacy bridge between you and the wider network, eg; public Wi-Fi.

How to set-up the devices

Like the Anonabox before them both the Anonabox Pro and Tunneler come shrink-wrapped with tamper-proof security seals to ensure no government agency has intercepted them in transport. 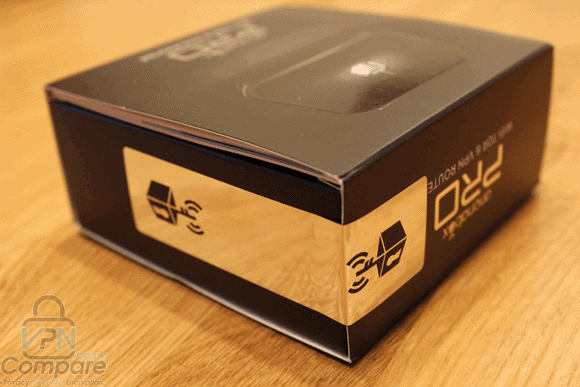 Set-up is relatively easy and would be suitable for someone with average technical ability. Both devices come with a handy booklet that helps navigation through the set-up process.

Both devices require a USB power source, if you're out and about then this would be your laptop or tablet, at home you can use your desktop, a router with a USB port or any other USB power source. Once powered on you can simply connect either an ethernet cable to your router or log in to the device control panel to set-up a Wi-Fi connection.

Once internet is enabled on the device you can then either connect in wired mode to the device or via Wi-Fi.

HideMyAss the VPN provider of choice

Anonabox has teamed up with HideMyAss and integrated an easy access system to connect to the HideMyAss VPN network. The Anonabox Pro & Tunneler come with 1-Month free access to the HideMyAss service allowing you to try it out first. Of course, if you're happy with it then you'll need to pay for an additional subscription after the initial month trial ends.

Making connection via HideMyAss on the Anonabox Pro and Tunneler is really easy. Simply select the HideMyAss option from within the configuration menu, enter your login and password details, select a server and press connect.

It is possible to manually set-up VPN access for other providers if you know what you're doing. Future updates for the firmware of the Anonabox will bring easier access to set-up a selection of VPN services, however, for the time being and in future HideMyAss will always be the provider that is easiest to connect to.

Tor access is straight forward and can be enabled from within the interface of the Anonabox Pro with the click of a button.

Once set-up using the devices is pretty simple, you're never going to be able to teach your grandmother how to use it but for most users following the set instructions should be sufficient.

One of the reasons I especially like both the Pro and Tunneler devices is they provide VPN access to devices that don't support VPN services. For example if you have a TV with a Netflix application then you could wirelessly connect to the Pro or Tunneler and access other Netflix regions, the same could be said if you wanted to access BBC iPlayer outside the UK on a TV that otherwise wouldn't support a VPN.

The wireless functions allow both devices to be portable giving you a bridge between public Wi-Fi networks and the device you're connecting to it. Software VPN solutions have a few second gap while making connection which could be enough for automatic email sending or other information to pass over an insecure public Wi-Fi network. With the Pro or Tunneler you now have a secure bridge in between ensuring this initial connection leakage is a thing of the past.

I would have liked to have seen an internal battery source to save carrying around a USB power cable but I suppose it's the trade-off between the size and weight of the device. A wired power source also won't run the risk of dying halfway through your usage. So swings and roundabouts on this one.

VPN routers either full sized or portable such as the Anonabox Pro and Tunneler have their limitations in terms of speed.

Due to the tiny processors involved your download speeds will take a huge hit.

I downloaded a test file on my work system without any VPN and compared the speed against a software VPN HideMyAss connection to their Manchester, UK server. I also tested the same download on a wired and wireless connection of the Anonabox Pro. The below speeds are my result.

As you can see using the Anonabox causes a massive speed hit so if you're a heavy downloader then the device certainly isn't suitable.

However both the Pro and Tunneler are about more than just downloading. They are both a way to secure your connection and increase your privacy. Of course if you do light video streaming they'll be fine and you can use them at home or work for your everyday browsing. You'll find most use when connecting outside the home to a wireless network and the peace of mind that brings should offset the severe speed loss.

Anonabox has stiff competition in the VPN router market with the already launched but wi-fi lacking Shellfire Box and the soon to be released devices from Keezel and InvizBox Go.

Splitting the product range into three devices gives you a choice between Tor access, VPN access or both combined. I actually think for the minor price difference it makes sense to go for the Anonabox Pro, not only does it offer the most functionality, but it's also more powerful.

Using the devices was relatively easy and as long as you have average computer skills then it won't be hard to set-up and use, especially with the handy enclosed guide booklet.

I especially liked the small form and light weight of the device as for portability it means it can be thrown into a laptop case or carried with you separately. Ideally I would have liked the device to have its own battery source which would of increased portability ten-fold. Carrying an additional USB power cable can be a bit cumbersome.

However as a trade-off between weight and size of the device plus the fact you'll never have to suffer a dead battery then it also has its positive sides. 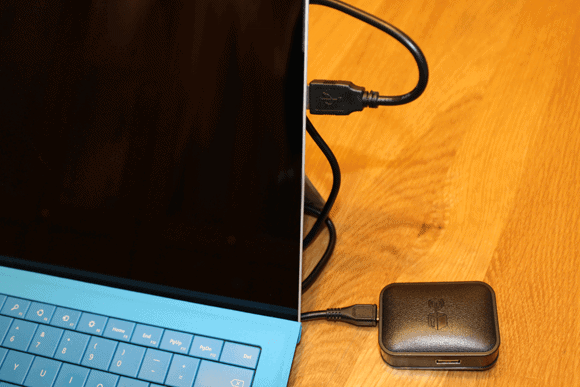 The cumbersome USB power cable can detract from the portability.

I was really impressed how easy it is to get connected to HideMyAss and if that's your provider of choice then the Anonabox Pro or Tunneler will be an ideal companion. Anonabox has updated firmware planned which is likely to have been released by the time you read this review which should open up the device to be more easily used with a range of VPN providers. I think without this ability the VPN option would be extremely limited.

It's going to be interesting to see how the battery powered Keezel and InvizBox Go compete with the solutions on offer from Anonabox. Saying that, the Anonabox devices are already shipping, so if you want to protect your privacy here and now then they're definitely a good starting point.

Overall the Anonabox Pro and it's lesser counterpart the Tunneler offer a good way to increase your privacy, especially in a mobile setting.

While nothing will guarantee you anonymity and even 100% privacy is dependant on many factors it's clear that the latest devices from Anonabox will help you secure your connection from pesky snoopers on public Wi-Fi across a range of Wi-Fi and none Wi-Fi enabled devices in a pretty quick and convenient manner.

For more information or to make a purchase visit the Anonabox website using the link below.