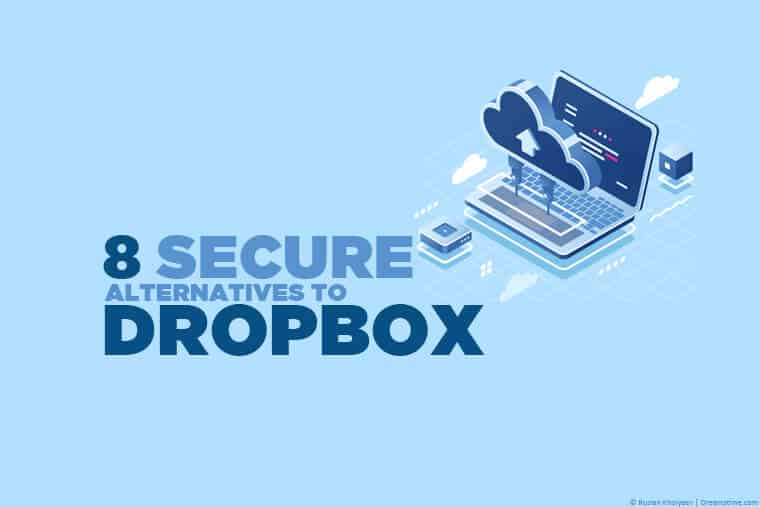 Dropbox is great and all but it's not the most secure file storage service out there. If you're after souping up your overall online security, then cloud file storage is one area you should be concentrating on.

Today, we are looking at finding the best alternatives for DropBox, a cloud storage solution that lets you hold your data on remote servers and keep it always available wherever you are on any device.

DropBox is essentially the ‘Microsoft of file storage' and is a relatively old service, which has been around for a while now. But, even with age and experience, many are still not convinced that it has what it takes to guarantee the security of their files.

Luckily, it is far from being the only one, and there are dozens of other options, many of which have a better offering. With that in mind, here are our top 8 picks.

Our first pick is Sync.com – one of the best alternatives to DropBox you will ever find.

It beats DropBox in nearly every field, but more importantly, it surpasses it in the matters of security and privacy.

It features a zero-knowledge cloud service, it has one of the most extensive free service plans out there, and it lets you improve it for free, by merely bringing friends over to their service.

Now, the base plan is not fantastic. It only includes 5GB. Still, it is better than the 2GB that DropBox offers, and through the referral program, you get 1GB for each friend you bring.

Eventually, you can make your cloud storage 20GB large, and still all of that for free. 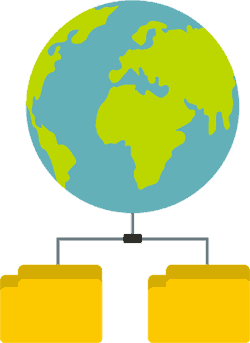 Sync.com also has several premium plans, where you can get a 2TB plan for only $8 per month on a yearly subscription.

It uses 256-bit AES encryption (never cracked before) similar to VPN services, and it protects files in transit with the TLS protocol. All in all, it is stronger, better, more substantial, and cheaper than Dropbox.

You might be surprised to find Google Drive on this list, but the fact is that it has nearly a billion users, which would not be the case if it wasn't good and competent at protecting your files. It offers 15GB of free storage, as well as unlimited photo storage if you compress them to 16 megapixels.

If you run out of storage, however, there are several options among the premium plans, where the first two get you 100GB ($2 per month) and 200GB ($3 per month).

If you need more than that, you can pay around $10 per month for 2TB plan. The same plan would end up costing you only $100 for an annual subscription. In other words, the prices are the same as that at Dropbox, but the storage is twice as large.

As for security, there is 128-bit encryption, the TLS protocol for moving files, and a backup option. Being a Google product there are apps for most devices for file sync.

You also have the added knowledge that Google either owns or verifies the data centres it uses so it's not using sketchy or untrustworthy storage facilities.

Then, we have pCloud – a lesser-known solution, but also one of the best secure cloud storage services these days.

It features particularly strong security, which is its biggest strength.

Its best features do not come free, however, and you will have to pay for zero-knowledge at around $3.99 per month. However, it also offers a lifetime subscription where you spend $350 once, and you would be done with worrying forever. 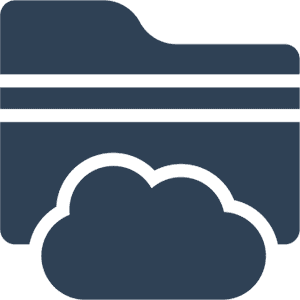 As for its other features, its free plan will provide you with 10GB of storage – five times more than Dropbox, and nearly as much as Google Drive. Similarly to Sync, it has a referral program that grants you 1GB of storage for each friend you bring.

Despite it being lesser-known, it has top security, although it comes at a higher price too. Your privacy will be ensured thanks to zero-knowledge encryption, and as always – TLS protocol will keep your files in transit safe.

It also uses the same 256-bit AES encryption to scramble the resting files, in addition to numerous other features, like 2FA, secure file sharing, robust encryption keys, and alike.

As for its plans, its cheapest one is $10.42 per month, and it only grants you 200GB of storage. And, if you want 2TB-large storage, you need to pay as much as $24 per month, which is extremely expensive compared to others.

Of course, there is also a free plan, but it is somewhat limited, with 3GB of storage, no deleted file recovery, chat, phone support, or anything else, really.

Then, we have MEGA – a common sight on lists such as this one. The service gives out 50Gb of free space and can be more by completing different achievements.

Still, MEGA has some useful security features, including the same zero-knowledge encryption which they say is controlled by the user making it extra secure. It is also used for sharing, and it acts like password protection, only quite a bit more secure.

It also uses 128-bit encryption, and you guessed it the TLS protocol for protecting your files in transit. There are mobile apps and a desktop apps for all device types including Linux allowing you to access your files anywhere. 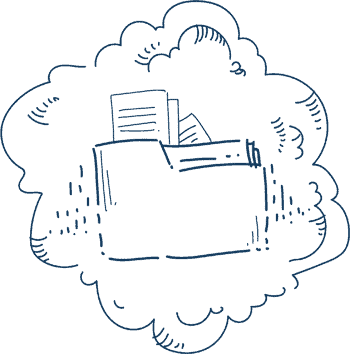 As for its storage plans, there is a free one with 15GB-large storage, which is as much as Google Drive offers but it can be increased with said achievements.

Next, we have Microsoft's solution – OneDrive.

This one is an obvious choice for making such a list, as it is made by one of the biggest tech firms in the world, and it is available to billions of people. You may want to err on the side of caution with this one, and if you're aiming to avoid the big tech companies, then you'll want to give it a miss.

It has strong security, but it lacks zero-knowledge encryption. Still, the TLS protocol and 256-bit AES encryption should be enough to protect your storage.

As others, OneDrive also has a free plan, although you get only 5GB of storage. It is still better than Dropbox, though, although below what some of the others are offering.

You may have heard of SpiderOak, as it has been gaining attention in recent years.

It also qualifies as an excellent alternative for Dropbox, simply because it provides a decent cloud storage solution, although it is primarily a cloud backup service.

In terms of security, this is an excellent service. It uses 256-bit AES encryption, and it encrypts files before they even leave your device. As for the data in transit, this time, it is protected by the SSL protocol. It doesn't collect your file metadata, and it uses a sync folder called hive for syncing files. 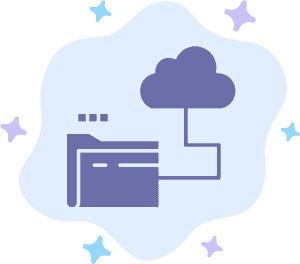 Now, when it comes to storage, there is no free plan. However, remember that this is a backup service.

The premium plans are there, though, but they will cost you. It only offers 400GB for $11 per month, but its security is unmatched. As you go higher, the prices do get better, and 2TB which is about as close to unlimited storage as you're likely to get only costs $14 per month.

Finally, we have Koofr, a Slovenia-based service that does not offer much in terms of storage, but its security is one of the strongest.

It uses SSL/TLS for moving files and 256-bit AES encryption for scrambling your data. It has no zero-knowledge encryption, but it also won't store your file metadata, and its privacy policy is as clear as it can get.

Its free plan is the same one you get from DropBox, with 2GB free, and then several plans below 1TB that are pretty cheap.

Using cloud storage solutions is a great way to store your files and keep them safe. However, you may believe like others that Dropbox isn't the best for the job.

As we have seen, there are many alternatives, and we have only listed some of them – most above offer better security and bigger free plans than Dropbox.

Premium plans are as diverse as the services themselves, some more or less expensive, and in different shapes and sizes.

At any rate, you have several options if you are looking for a Dropbox alternative, and one of the ones mentioned above will surely suffice.

If however, you want even more options then a quick search of a secure search engine like DuckDuckGo or StartPage will throw up countless more for you to research and compare.

Do you have a favourite cloud file storage solution that we haven't listed? I would love to hear the features that stand out on other services so why not leave a comment below?