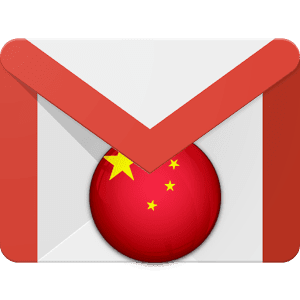 GMail from Google has been blocked for quite some time in China but fresh reports now reveal that as recently as Friday 26th December 2014 that the mail system accessed via alternative methods is now completely blocked.

Accessing GMail in China has always been a more complicated affair with the web version of the site inaccessible. Savvy Chinese users have been using third party apps and email programs such as Microsoft Outlook to get around such blocks. While the web version of the mail client was blocked, the actual email system still worked. Statistics published by Google themselves show that GMail was being used in a consistent pattern up until recently with a huge drop from Friday.

Google have confirmed that the issue is not something from their end which suggests that the Chinese authorities have cracked down further on the mail service.

Researchers claim that the great firewall of China has now been set to block IP addresses in Hong Kong used by Google that allow people on the mainland of China to access GMail via email programs.

Campaign site GreatFire.org who monitor the blocking situation in China have stated that Chinese users now have no direct way of accessing GMail from the mainland. However a product called a VPN will allow Chinese users to bypass the GMail blocks that are in place in China. VPN providers such as IPVanish keep one step ahead of the Chinese firewall and provide a service intended for use by users in countries such as China.

By using a VPN from IPVanish it will allow Chinese users to access GMail via both the website and email clients. A VPN will encrypt the internet connection and make it impossible for the Chinese authorities to block such communication channels. IPVanish takes the process one step further than most other VPN providers by disguising the fact that it is a VPN connection in operation making it even more secure and the ability to bypass the firewall greater.

While Google statistics show a rapid decline in traffic from Chinese users, authorities in China are keeping quiet and have not confirmed or denied their involvement in the block. China have been cracking down over recent years on sites and companies that do not fit in with their ideals, as recently September 2014, protests in Hong Kong saw Instagram blocked on mainland China in an effort to stem the flow of news from outside.

The relationship between Google and China has been rocky to say the least, Google opted to close its Chinese search operation in 2009 after refusing to cooperate with censors in the country. Reports of hacking at Google services from Chinese sources had already soured relations with the censor issues only further fanning the flames that lead to the eventual closure of Google offices in 2010.

Chinese users who wish to make use of GMail and other services such as Facebook that are blocked in China are urged to make use of a VPN service that actively encourages Chinese users. Our recommendations include IPVanish who strive to bypass the firewall, VyprVPN for their specific Chameleon mode aimed at Chinese users or and VPN.ac who actively work towards ensuring their service is available and working for Chinese mainland customers.