Home » Guides » How to access CS:GO Magic if it’s blocked in your country

How to access CS:GO Magic if it’s blocked in your country 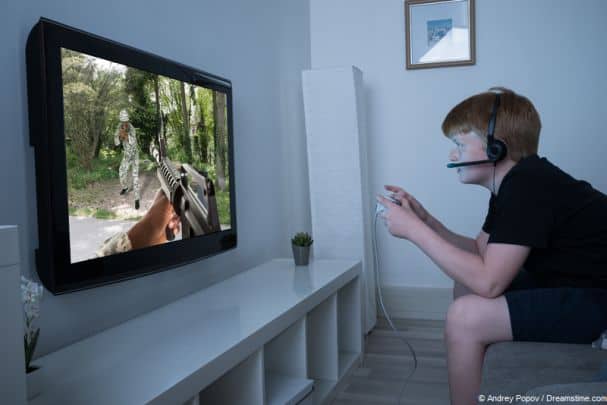 Counter-Strike: Global Offensive, or CS:GO, as it is more commonly referred to, is a multiplayer shoot ‘em up game which has taken the world by storm. CS:GO Magic is a platform where users can buy and sell electronic items that can be used within the main game.

CS:GO is available on most platforms and has legions of fans around the world. But some users can have difficulty accessing both the game and trading platform in certain places. In this guide, we will explain how you can use a VPN to get round these blocks.

Access to CS:GO Magic can be particularly difficult in some places. That’s because the game has spawned a hugely popular ‘skin gambling’ industry, in which people gamble using the digital goods from the game within the Steam Community.

However, in some countries, such as Norway and Denmark, skin gambling has been interpreted as being against local gambling laws, so the CS:GO Magic site has been blocked. But with a VPN, you should still be able to gain access.

How to connect to CS:GO Magic using NordVPN

Our recommended VPN to unblock CS:GO Magic is NordVPN. NordVPN has an extensive network of servers, which means you should be able to unblock the site (and game!) no matter where you are. NordVPN is in the process of upgrading this network too, meaning many servers are now super-fast and ideal for unblocking CS:GO Magic and online gaming.

NordVPN also has no restrictions on either file types or bandwidth which means you can use CS:GO Magic and indeed play the CS:GO game for as long as you like. And as one of the cheapest premium VPN providers on the market, NordVPN also offers great value for money for CS:GO fans too.

While NordVPN is our recommended VPN provider for CS:GO Magic users and CS:GO players, it is not the only one that will work. Our other recommended providers, such as IPVanish and ExpressVPN will also enable you to unblock CS:GO Magic around the world.

A note of caution: CS:GO is run by the Steam Community which does not approve of the use of VPNs on their service, as some users will connect to a VPN to pay less for their games. As a result, if you are caught using a VPN to buy games from cheaper regions, you could be penalised as a result.

What is CS:GO and CS:GO Magic?

CS:GO refers to Counter-Strike: Global Offensive, a hugely popular multiplayer shooter game which launched in 2012. It allows users to play as either a team of terrorists or counter-terrorists and compete for points against other teams. It is one of the world’s most popular computer games and has millions of users around the world.

CS:GO Magic is a sister-site run by the Steam Community where users can trade skins and other electronic items which can be used within the game. This trade has become big business in more recent times, as has the gambling of such items, which is the reason CS:GO Magic is blocked in some countries.

Why to avoid Free VPNs

Some CS:GO Magic users might be thinking they don’t need to spend money on a VPN to access the service when they can just use a free VPN instead. However, if CS:GO Magic is blocked in your country, accessing it means you need to make use of a secure VPN that doesn't log any of your usage or actions.

The price of a reliable and trustworthy VPN is just a couple dollars a month. For that small price, it is just not worth taking the risk with a free VPN.

CS:GO is a great game in its own right, but with the added entertainment of skin gambling on CS:GO Magic, it really is one of the best games on the market right now. This is reflected in its huge popularity around the world.

Unfortunately, some countries have more robust online gambling laws than others and this means that a lot of people are unable to access CS:GO Magic. But by using a VPN such as NordVPN, anyone can use CS:GO Magic, and play the game itself, no matter where in the world they are.