How to access blocked Social Media in Sri Lanka 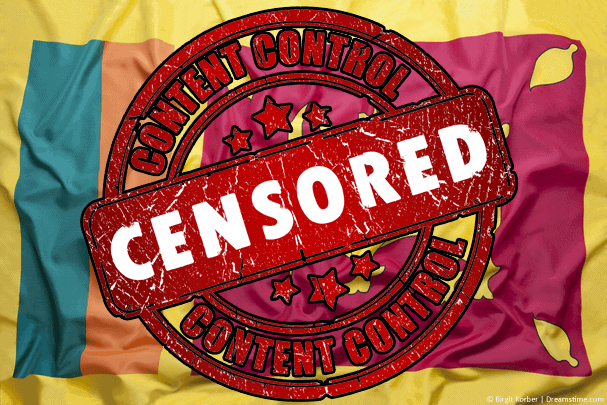 Sri Lanka has had something of a tough week with violence erupting across the country.

The Sri Lankan government has done what any good knee-jerk reaction government does and blocked access to many Social Media sites and chat apps.

As a result social media sites and apps such as Facebook, Instagram, Tumblr, Whatsapp and Viber amongst others have found themselves to be completely blocked. However, users are finding ways to circumvent the blocks using VPN services.

The blocks are claimed to be temporary to stop the spread of hate messages and reign in mob violence which has been targeting the Muslim minority in the country.

But what about the ordinary user just going about their day? a VPN is the solution.

How to access blocked Social Media in Sri Lanka

Ordinary users caught up in the blocking frenzy have now been frozen out of websites and apps that most of us in the world now take for granted.

Not only are Sri Lankan users unable to chat with friends using some of the most popular apps but they're also unable to keep in touch using other means such as Facebook or Insta.

The good news is, like any country that opts to block Social Media either as a matter of choice or in relation to social upheaval, the blocks are extremely easy to bypass.

Users have quickly realised and been sharing the solution to bypassing the Sri Lankan Social Media restrictions, a VPN.

A VPN is an app for your mobile device or regular computer that allows you to bypass restrictions and access any of the blocked sites in Sri Lanka.

How to get a VPN for use in Sri Lanka

VPN services usually cost a few US dollars per month but some offer free trials which are great for testing in Sri Lanka.

Just follow the simple instructions below to get a VPN for use in Sri Lanka. 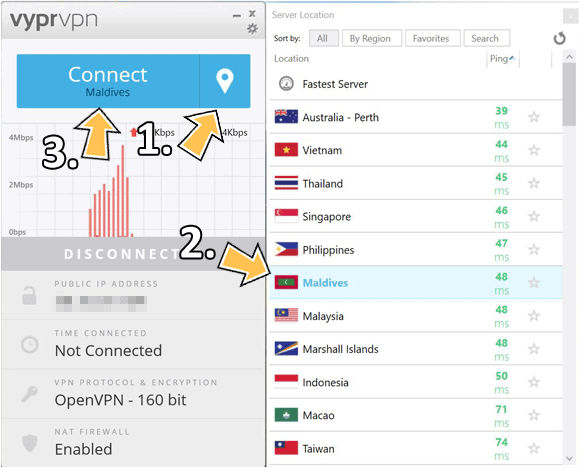 It will take around 15 seconds for the VyprVPN app to connect.

Once it's connected all of your data is sent encrypted outside of Sri Lanka. This means no one will know what websites you're accessing.

It is now impossible for the government or your internet provider to block the websites or apps you're accessing. The result is Facebook, Tumblr, Instagram, Whatsapp, Viber and any other websites and apps will now work in Sri Lanka.

VyprVPN is limited to a 3-day trial with no download or data transfer restrictions. If you wish to keep it you'll need to pay for it. However, if you don't want to keep it then you can simply cancel.

Another provider that works the same is TunnelBear who also offer a free account but it's limited to just 500 m/b data transfer per month.

If you're looking for other VPN solutions then paid-for but cheap and reliable VPN services such as IPVanish, ExpressVPN and NordVPN are also worth checking out.

The recent Social Media blocks in Sri Lanka have led to something of a revolution for VPN use across the country.

Previously the term VPN was little known in Sri Lanka but it has now become one of the most searched for terms in Sri Lanka.

Some commentators are even claiming that Sri Lanka has broken records for the number of VPN apps downloaded in one day.

Sri Lankans have been mostly signing up to free VPN services such as those offered by VyprVPN and Tunnelbear. However with limited data transfer users are already running out of free service.

Google Trends which monitors search terms across regions and countries has shown a massive spike in users searching for the term “VPN” in Sri Lanka from the 7th of March onwards. 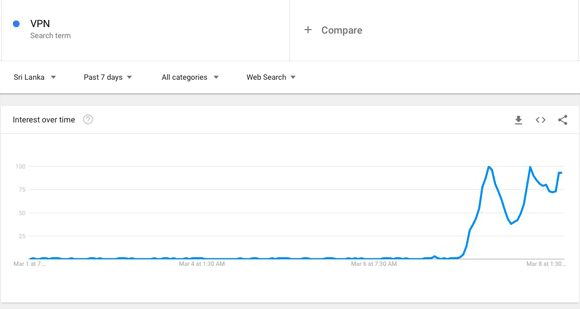 It's unclear when or if the Social Media blocks in Sri Lanka will be lifted, but until that time Sri Lankans can and are enjoying the freedom a VPN service brings without fear of retribution from authorities.

While the Sri Lankan government has warned users against accessing blocked services using other means it is unlikely they have the technical capability or willpower to pursue such users.