Home » Entertainment » A guide on How to watch STV player abroad

A guide on How to watch STV player abroad 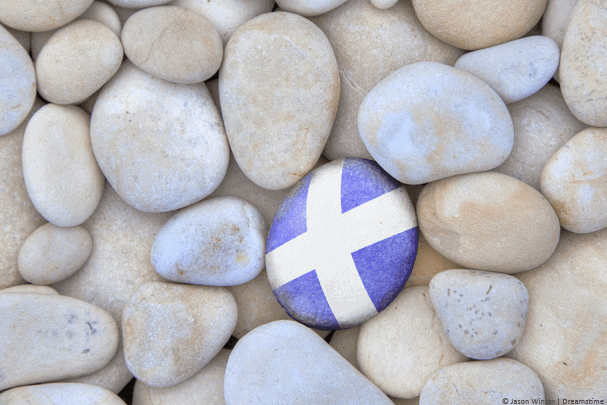 If you've tried to watch STV Player abroad you'll no doubt of been disappointed to have been hit by a big message telling you it isn't available in your area or region.

Or perhaps you're just left with a blank screen wondering why you can't watch your favourite STV programmes?

No matter what type of block you've received the simple fact is it just isn't possible to watch STV Player abroad directly just as you would back at home in Scotland.

But never fear, we've put together this simple guide to show you an incredibly easy way to watch STV Player from anywhere in the world.

So if you're on holiday, a Scottish expat or just outside of Scotland for a period of time and you want to watch either live STV or catch up TV then you no longer need to be disappointed.

How to watch STV Player abroad

If you want to watch STV Player abroad then you need to sign up for a service called a VPN.

A VPN is a simple system that allows you to appear as if you're in a different country. STV expects you to be in Scotland or at least somewhere in the UK and if you're not then it blocks you from watching.

A VPN allows you to pretend you are in Scotland so STV will stream you whatever you want to watch no matter what country in the world you're in.

VPN services are provided by loads of different companies around the world and cost between about £4 – £6 per month. You can get cheaper deals if you sign up for longer than a month but that all depends on how long you're going to be outside of Scotland for.

As we say there are tons of different companies offering VPN services and some are better than others. Unfortunately, it's hard to tell just by looking which providers are going to be decent and which are so slow that you'll be plagued by buffering.

Luckily for you, we spend our days testing and reviewing VPN services so have managed to find out which are good and which are bad saving you the time and effort.

We recommend using ExpressVPN because they consistently show they are one of the fastest providers based on our monthly speed tests, but any of the three below are suitable.

What do I do once I'm signed up

We'll use ExpressVPN as an example, but the process is practically the same with the other providers.

You can use the VPN service on any device including PC, Mac, Android and iOS (iPhone & iPad) so it will work with the STV website but also with the STV apps for your phone and tablet. You can also use it to watch ITV Player on your Fire TV or Firestick.

Once you've signed up ExpressVPN will give you links to download either their software for PC or Mac or their apps. Download the option of your choosing. You can alternate so you're not just locked to viewing on one device.

Once downloaded and installed all you need to do is connect to a UK Server. As you can see in the image below you can do this on the ExpressVPN software by selecting Selected Location, United Kingdom and press Connect.

You may need to try a few different cities or servers if you run into problems.

The process is the same on a mobile or tablet too, just select United Kingdom and press Connect.

Once it's connected all you have to do is visit the STV Player website and you'll be able to watch both live TV and the catch-up service no matter what country you're currently in.

There are no further charges or costs involved and you can watch as much as you want. Once you've finished watching just disconnect and you can continue to use the internet as normal. Reconnect at any time to continue watching STV Player abroad.

You're not only limited to watching STV Player either, you can use the same service to watch BBC iPlayer, Sky Go and all the other UK TV services.

Why can't I watch STV Player abroad without a VPN?

Each internet connection is assigned an IP Address. It's similar to a phone number in that it's unique to you at the time of connection. The problem with IP Addresses is they give away your location and this is how STV Player blocks you from watching while you're abroad.

A VPN routes your connection via another location. In the case of watching STV Player abroad, you route it via the UK. When you use a VPN to route your connection through the UK you automatically pick up a UK IP Address and so to any website you visit it looks as if you are in the UK.

So without a VPN, it's impossible to fool STV Player into letting you watch but for the cost of just a few pounds per month, you can watch anywhere in the world.

Feel free to post in the comments section if you have a question or get stuck, but until then… Happy viewing!