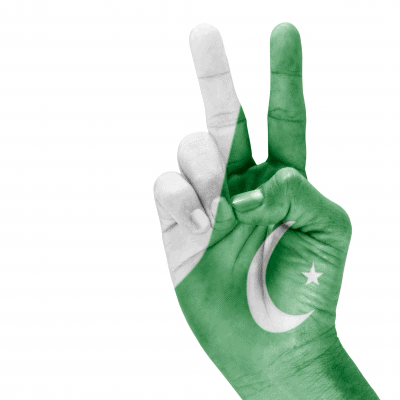 Pakistan is a country that is no stranger to censorship and online censorship in Pakistan is widespread. Since 2010 many international websites have become blocked and the need for a VPN service is ever increasing. I’m looking at the 5 Best VPNs for Pakistan and will also explain how these can help you access unrestricted content.

In 2010 Facebook was blocked after a competition to draw the Prophet Mohammad was shared widely throughout the social network. While not specifically endorsed by Facebook it was enough to get the site blocked from access.

In 2012 Youtube found itself banned after a film was uploaded that was offensive to Islam and while many in the Islamic world did indeed find it offensive it ultimately blocked Pakistani users from accessing other content on the video streaming site. 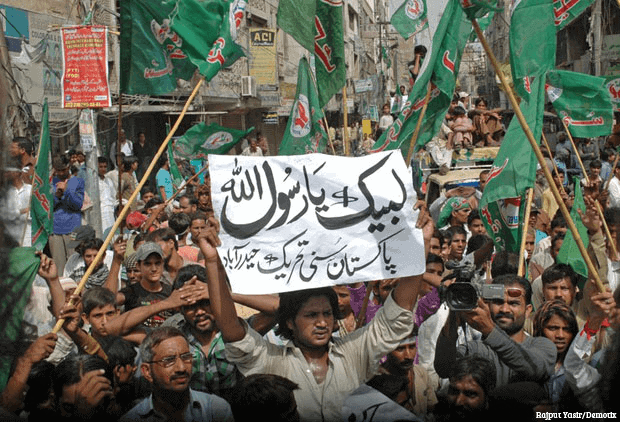 An international video may well have caused Youtube to be blocked but after a song created by Pakistanis themselves was uploaded criticising military generals, Vimeo another video streaming site found itself on the ever growing Pakistan web block list.

IPVanish is a well renowned VPN provider with a large range of servers worldwide. In our recent review they scored highly and we found them to be fast and reliable which is great news for users in Pakistan.

They have servers close to Pakistan in India, Saudi Arabia, Thailand and Hong Kong which will provide an advantage speed wise and remove you from any restrictions unique to Pakistan. IPVanish store no access logs which mean no matter what websites you access there is no knowledge of your browsing habits.

IPVanish allows the use of port 443 which can in some circumstances disguise the traffic as secure web traffic.

When taking a yearly package IPVanish are comparably as cheap as other providers. Monthly packages are also available.

VyprVPN offers a free 3-day trial which is definitely worth signing up for. You get to try the service without paying so if you don’t like it you are free to cancel.

They offer the standard encrypted VPN protocols but also a special one exclusive to their service. Called Chameleon it disguises the connection type so the government or your ISP can not tell you are using a VPN so any attempts to block VPN use inside Pakistan would be thwarted by Chameleon.

VyprVPN isn’t the cheapest provider if paying monthly but certainly competitive if you take a year account.

ExpressVPN goes to added lengths to ensure their service works in China which is great for Pakistan because it means you can use their Hong Kong servers for greater protection. These are considered “stealth” servers that act to enable internet sites in countries where a heavy restriction is in place.

A wide range of payment options is available at ExpressVPN that opens up the possibility to pay using some non-standard methods that other providers don’t offer.

A 30 day money back guarantee is available which means you get to test the service and if you’re unhappy or it didn’t work out for you then you have a good period of time to trial it and see if it suits your needs.

VPN.ac are a provider who takes encryption and privacy extremely seriously. They work tirelessly to ensure that their service is working within China and this is great news for users in Pakistan because some of the same theory can be applied to both countries.

They are one of the few providers who clearly state that users should sign up for 1 month at a time in the unlikely event that their service becomes completely blocked.

As well as Bitcoin VPN.ac offer a range of payment options opening up the service to a bigger range of users. In terms of price, if you sign up for a yearly service the cost can be as little as US$4.80 per month. A bargain!

TorGuard is another provider who offers Stealth servers which are specific servers to aid those in countries with restrictive internet regimes. As well as Stealth VPN servers TorGuard also offers the protocol SSTP which is one of the least likely protocols to be blocked in a country such as Pakistan.

Over 80 payment options are available which should allow most users in Pakistan to be able to sign up for the service and even the crypto-currency Bitcoin is accepted for those who wish to remain anonymous when paying.

Try TorGuard
Back to Top

Free VPNs are a notoriously bad choice. Running a VPN service is extremely costly and any provider willing to offer a service as costly as a VPN for free must be making a profit from another avenue.

Security experts warn, if they’re not selling the service then the service is you and it is likely your details or browsing habits could be sold to help fund the service. When you use a VPN for privacy having your details sold is not ideal.

As recently as last year a free VPN provider known as Spotflux found themselves blocked within Pakistan due to the sheer number of users attempting to use the service.

Not only does such an amount of users slow down any connection making browsing painful but being blocked at any given time is hardly why you want to use a VPN service in the first place. For this reason we recommend spending a few dollars per month on one of the providers above or another of your own choice.

The future of censorship in Pakistan

General users of the internet can easily browse the internet in an unrestricted manner by using a VPN service. However, those involved in political issues, the press or those criticising the government will want to look for a secure solution that can not be detected as a VPN connection.

For this type of user making use of TOR is likely to provide greater protection. While TOR can be useful for the average user it is extremely slow and if you have a slow internet connection to start with it can make browsing unbearable.

All indications are pointing to a more restricted internet in Pakistan in the coming years. The Pakistan Telecommunication Authority in 2012 invited bids to be placed by companies to provide an infrastructure that would enable the government to be able to monitor and restrict the internet of Pakistan on a greater scale similar to the Great Firewall used in China.

At that time there were already an estimated 20,000 – 40,000 blocked sites in Pakistan and in more recent years blocking has increased with stories of services for chat and communication such as Skype, Whatsapp and Viber found blocked in the Sindh region for three months.

Many countries around the world like China, Iran and even countries supposed to value freedom of speech such as the UK find themselves having greater restrictions placed on their internet use. Pakistan is the next in a long line of countries that are dictating what users can and cannot access online.

A VPN is one of the best solutions to ensure you can access information freely and make decisions based on your own choices.

If you have suggestions based on your own usage we would love to hear your thoughts in the comments section!

Image courtesy of domdeen at FreeDigitalPhotos.net