Home » Guides » Articles » 4OD to become All 4 with live streaming

4OD to become All 4 with live streaming 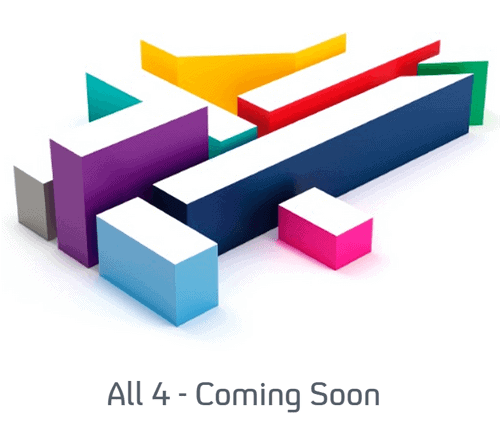 Channel 4 will soon launch their new online live streaming service known as All 4. This is set to be popular as Brits love their TV and none more so than those who have moved abroad permanently, those who find themselves working abroad temporarily or even those who are taking a well earned break. One of our most popular articles is our guide to watching 4OD abroad so with All 4 around the corner I look at how we can watch this abroad too.

New All 4 service to launch

Channel 4, owners of the 4OD service announced at the end of 2014 that they planned to update their online streaming service both in terms of layout and function. One of the most exciting developments was the mention of live TV streaming. While other providers such as the BBC with iPlayer and ITV with ITV Player offer live online TV streaming, 4OD currently only offer a catch up service meaning Brits abroad have to wait to view programmes that have already aired.

Once a show has aired on Channel 4 it can take a few hours for it to appear on 4OD. If you have a favourite programme and you’re outside the UK using a VPN to access the 4OD service then this added wait can be an annoyance. With the new All 4 service this will no longer be an issue and you’ll be able to access live Channel 4 programmes from anywhere in the world with a VPN service at the same time they’re being shown on UK TV.

Channel 4 have teased a new layout for the All 4 system by updating their iOS app and publishing screenshots of how the service will look on other devices. Not only will users in the UK and abroad with a VPN be able to watch the new live online TV streaming service but will also still be able to watch catch up TV and a wealth of free box sets via the All 4 system.

Systems All 4 will be available on

iOS screenshots for All 4 have been used as a teaser for the service but those using Android, PS3, Xbox, Youview, Sky, Virgin Media and BT will also be getting the update promised for the first quarter of 2015.

The live online TV streaming ability of the new service will definitely enhance the viewing possibilities for British expats, holiday makers and those around the world who like UK TV. With programmes such as Gogglebox, 24 Hours in A&E and others being popular Channel 4 shows the entertainment opportunity the new service opens for those abroad is an excellent one.

How can I watch All 4 abroad

Those who haven’t previously made use of 4OD abroad but are interested in using the new All 4 service outside the UK when it launches will need to sign up for a VPN service. Streaming online content can be a bandwidth heavy task meaning a good internet connection is essential. No one likes to be bogged down with buffering so choosing the best VPN provider to watch All 4 will become an important decision.

We’ve been testing VPN services for a long time and found that IPVanish are one of the most reliable for speeds and when watching services such as 4OD, BBC iPlayer and others they offer very good viewing conditions, we even reviewed their service in February 2015 and found them to be one of the best VPN providers available.

Other good VPN services exist and can be compared in our VPN Comparison Guide, but a few other choice VPN service that will be suitable to watch All 4 include, VyprVPN and HideMyAss.