3 easy to use Android VPN apps

Android devices are everywhere, if you don’t have an iPhone, chances are you have an Android phone, more and more manufacturers are now bundling their phones with the great Android software from Google. Due to this there is an ever increasing demand to use a VPN service on an Android device.

While you can download a VPN app for OpenVPN and Android devices themselves let you set up manual basic VPN connections such as PPTP, most of us have become accustomed to downloading apps that do most of the job for us in a quick and easy manner.

So if you’re looking for 3 easy to use Android VPN apps then look no further, I’ll take you through three of the best. 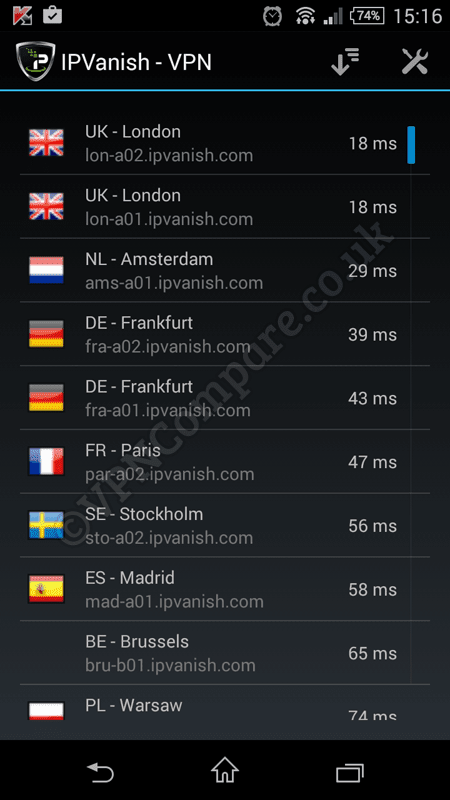 The IPVanish Android app is one of the least complicated Android VPN apps on the market. Once you’ve signed up for an IPVanish account, all you need to do is download the app from the Play Store. On launching the app you’re faced with a simple screen that displays a selection of servers. These can be sorted by response time and country. Select a server to connect to, enter your login/password and away you go.

Once connected you’re then protected and secure on your Android device. While the app isn’t feature rich, it also makes it extremely easy to use and uncomplicated for the novice. If you want to protect your phone in a quick manner without being bogged down by too many options then the IPVanish app is definitely for you. 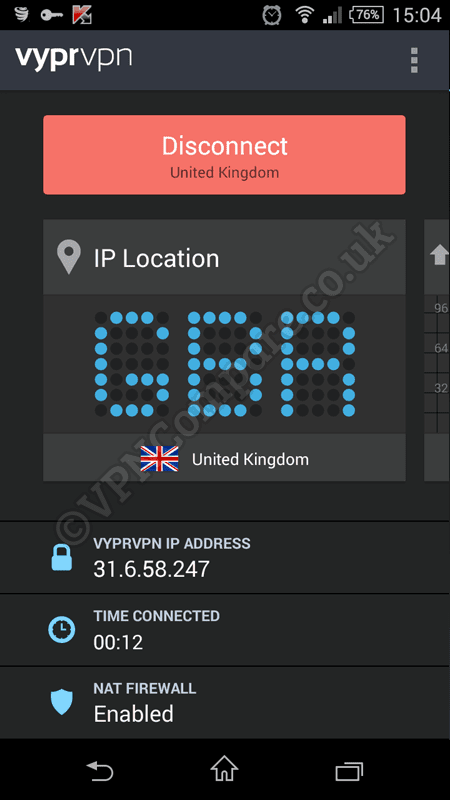 The Android app offered by VyprVPN is one of the most pleasing to the eye, it is also another that is really easy to use and has been made with one touch connection in mind.

When running the app, you are given the option to select a country server and then can make connection with one touch of the screen. The app has slightly more features than some of the other Android apps but is still extremely easy to use and works without any set-up required. For novices and those who don’t want to spent time configuring, it is well worth taking a look at.

VyprVPN have built in their Chameleon mode, so if you’re in China their app will even allow you to bypass the great firewall of China!

HideMyAss are one of the most well known and beginner friendly VPN providers. Up until recently they lacked an Android VPN app, even though they had one for every other system. Within the past 6 months they launched their own Android VPN app on to the market.

HMA are loved by hundreds of thousands of customers worldwide and their venture in the the Android market only makes connection to their service even easier than before. If you’re after a simple solution to make a VPN connection on an Android device from a provider that is well loved, then considering HideMyAss could be a worthwhile avenue.